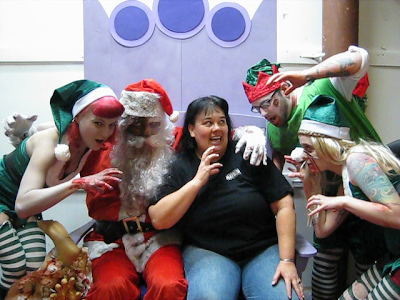 
I have a few last photos and stories to share about Christmas for the Voodoo Queen and I.

You may wonder if we have any traditions we faithfully observe in our home during the season, other than the usual tree-trimming and gift exchange. Well, one new tradition (an oxymoron, yeah, but I just started this tradition) is the Christmas Melting of Objects. Jane and I worked on a craft project that involved melting bits of colored plastic to make a sun-catcher.

My family has always been "crafty. I still have the ceramic dessert plates my 2nd-cousin-once-removed-from-society Edie Gein made from the ashes of her grandfather-- I use them to serve ladyfingers. But I digress. Jane and I had fun trying to liquidate old Halloween candy.

See, I had this plate of leftover circus peanuts and candy corn stuck up on a bookshelf and forgotten: 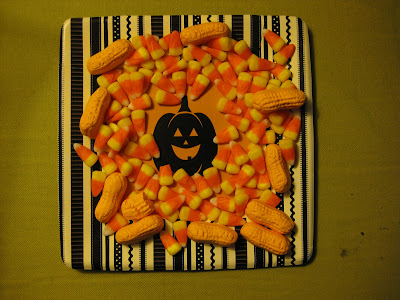 No, I don't eat that crap--it was around at Halloween time just because it's the scariest candy I know of and added to the "spooky" atmosphere. (Hey, it's a gas to have a bowl of this out when trick-or-treaters come just to see their reactions when they think that's what they are getting--but we were kind and gave out Snickers.) Anyway, having once discovered that nuking marshmallow Peeps was a blast, I decided to do it to these crappy confections.  So transferring it all to a plain paper plate, I blasted it with radiation: 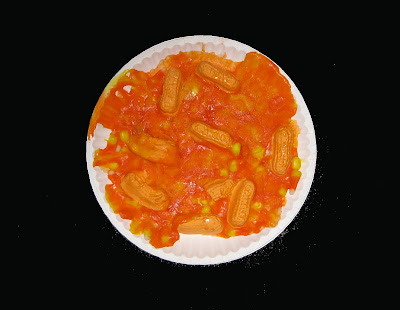 And it came out looking like a "Harvest moon" with giant orange volcanic ridges on its surface. (Man, you can't easily destroy circus peanuts!) The candy became so hard I tried using it as a hammer:


After that, gifts were exchanged as part of our Christmas morning, before we went out to visit friends.

What is more appropriate for a severed head than a severed leg lamp? 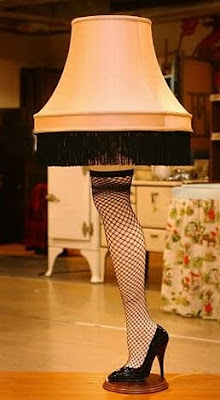 And what more could Jane want than a crocheted conjoined rat? 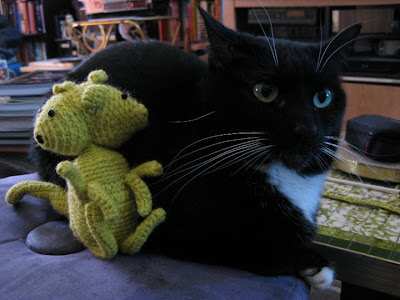 One early  gift I gave myself was a "ghost camera," which guaranteed that spirits would be revealed on each film frame every time I took a photo with it. (I don't think specters and shades can be revealed on digital cameras-- too modern for the tastes of the old-fashioned dead.) So for the week of Christmas I took pictures at several places, hoping to capture shots of the invisible citizens of Eternity.

Except for my cropping and resizing some of them, the following images came back from the film lab just as you see them.

Here's outside my home: 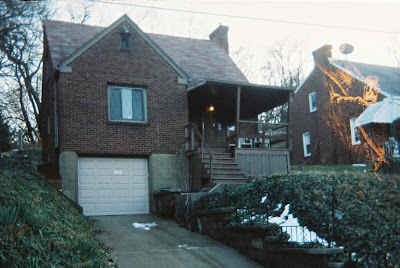 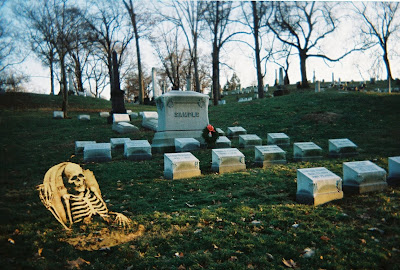 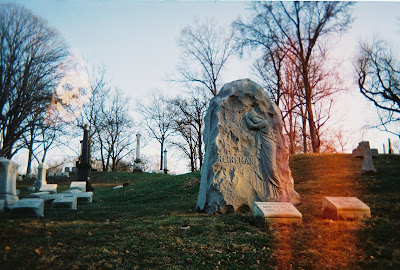 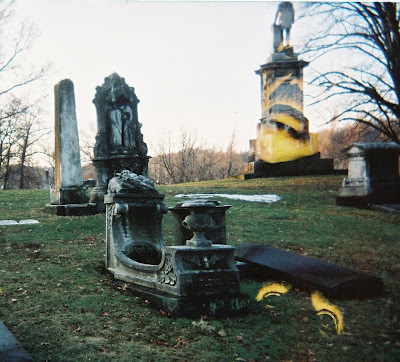 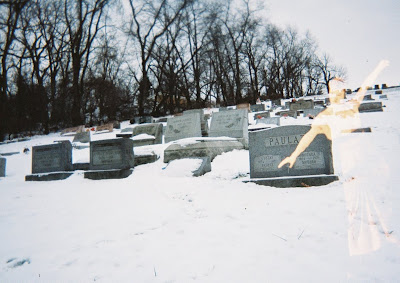 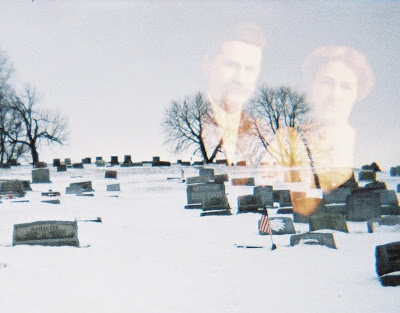 At Union Dale Cemetery a ghostly piper played for a flying girl... 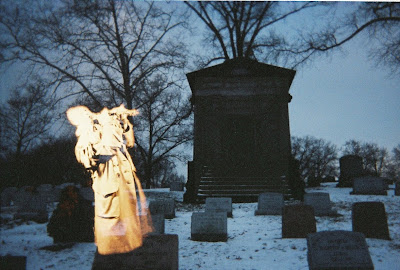 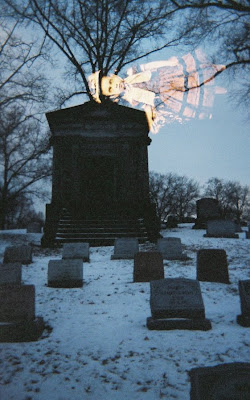 More from other parts of Union Dale: 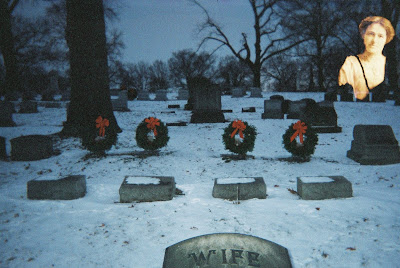 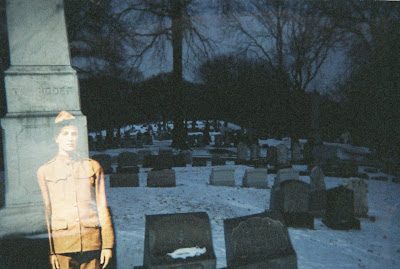 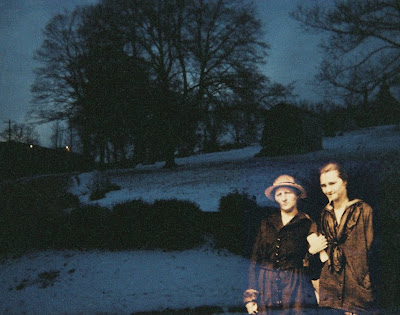 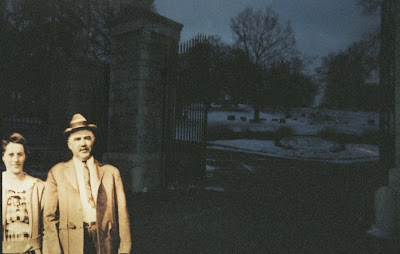 And on Christmas Day I used my ghost camera inside the home of friends Bill and Ariann. (I blogged about our horrorday celebrations with them here and here.)

Midget dancers once lived in their house, apparently-- 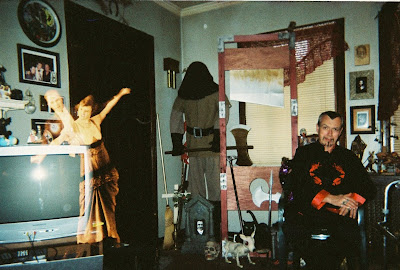 And it seems there was an awful apparition in the dining room: 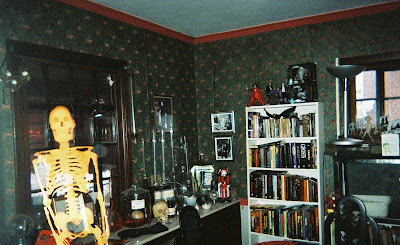 A  phantom was trying to interfere with Bill's carving the ham: 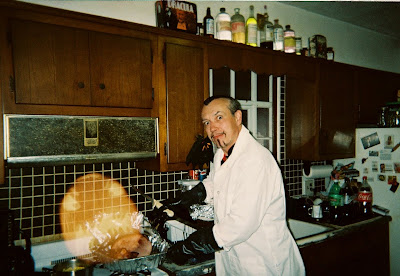 And to think we were all oblivious to the these ethereal, ectoplasmic holiday guests.

they're back! re-linked ya.

What's wrong with eating circus peanuts? They're more nutritious than mince pies and all the other crap humans eat at Christmas. I like that camera of yours. Could it make a fart visible?

Totally righteous, Billy (<-- the name I wanna gonna lemme give you, Arkansaw-ite). You kick-ass, DSH!

Thanks for the information... I really love your blog posts... specially those on Local Tamil News