Today is "The Other Halloween"! 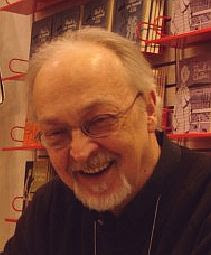 I have always been impressed with the breadth and depth of the blog Frankensteinia, the internet's premier site for information and commentary on all things related to Mary Shelley's immortal Frankenstein. It's the blog of accomplished, award-winning comic artist and writer Pierre Fournier (seen right.) For your humble drunken severed head, it's a near-daily place to visit.

So with beaming pride and joy I get to feature a guest post by Monsieur Fournier today! I share with you "The Other Halloween," a reminiscence on the Feast of St. Catherine, a holiday most Americans are unfamiliar with. His childhood recollections include its similarities and differences with Halloween, and a reminder that, in the words of an old song, "every gain must have a loss." 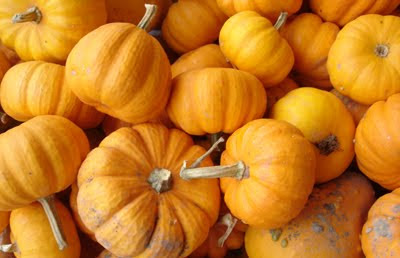 It’s Autumn. The leaves are falling, gold and red. Comes a magical day when kids get all the attention and are given sweets. It’s November 25. The Feast of St. Catherine!

I am Quebecois, born and raised in Montréal and, as such, my early Halloween experiences were vastly different from those of other kids in America or English Canada. I grew up in the Fifties, back when a strict and very conservative Catholic Church still held an iron-fisted sway over Quebec life and politics. We had Halloween, but being both a pagan holiday and an Anglo-Saxon tradition, it didn’t have much of a presence in our young lives. Besides, with St. Catherine’s Day looming, we had all the candy in the world to look forward to. 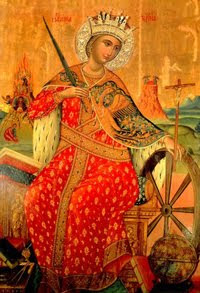 St. Catherine was a martyr who went up against some creepy Roman Emperor, giving him hell for worshipping false gods. She even converted the Emperor’s wife, sealing her own fate. Icons show her brandishing a sword, signifying her crusade, and a wheel symbolizes the torture device that miraculously shattered at her touch. They settled for a beheading. Hers would be one of the voices that spoke to Joan of Arc. Her main claim to fame was to be a sort of patron saint to “old maids”. In medieval France, women who were still unmarried at 25 were called Catherinettes. On St. Catherine’s Day, the girls would get together to share an elaborate meal and pray for husbands, wearing “St. Catherine’s bonnets” as a sign of their status and, I guess, availability.

In 1653, a young French nun, Sister Marguerite Bourgeois, sailed across the Atlantic to become the first schoolteacher at the new French Colony in Montréal. It was Bourgeois who introduced the Feast of St. Catherine in the New World, and she transformed it into a holiday where the Sisters, the ladies of the colony and the young girls learning household skills would spend the day making taffy for the children. It is said the candy was used to draw Native American children to the white man’s school and into the Christian faith. Bourgeois’ devotion to St. Catherine also led to the saint’s name being given to one of the first roads in Montréal. Today, the city’s main commercial artery is St. Catherine Street.

In the Fifties, when I was growing up, you were allowed to bring candy to school — an otherwise subversive act — on St. Catherine’s Day. Classes were sometimes cut short and games were played in the schoolyard or in the gym. I remember one year when my teachers made the traditional taffy and all the kids participated in the pulling thereof, getting the stuff all over our hands, clothes and hair. By the end of the day, we were an unruly, sticky mess, jagged on molasses.

Halloween wasn’t entirely ignored. The holiday had been introduced to us by the Irish settlers who easily assimilated into Québécois culture through mutual religion, Catholics banding together against the dastardly English oppressors. Percolating through Québec culture, Halloween would gain traction and emerge with unique differences. Kids dressing up and going door to door asking for candy was called “courir l’Halloween” — “Running Halloween” — but there was no trick to the treating. We’d simply say “la charité, s’il-vous-plaît” — “Charity, Please!”

There was no concept of Halloween as celebrating the Dead. No skeletons or ghosts, no monsters, no spider-webbed tombstones. It was a traditional costume event with cowboys and Indians, pirates and princesses. The most popular costume was rags — beggars asking for charity — wearing old mismatched clothes or torn shirts and discombobulated hats. Day old beards were painted on with burnt cork. Handouts were usually hand-made candy, taffy or candied apples with their fire-engine red coatings that would shatter like glass. You’d also get pennies, which were still worth something in the Fifties. A comic book was a dime, and you could get a bag of Tarzan potato chips for two cents.

Eventually, inevitably, things changed. The Feast of St. Catherine fell to secularization and the commercialism of Halloween. Today, our store displays of spooky costumes and props, pre-packaged candy and all the trappings are identical to those found anywhere in North America. Halloween is the same all over, and that, to me, is a little sad. The slight but essential cultural distinctions made it more interesting. Vive la différence.