From a past eBay auction comes this image of a page from a 1963 issue of Jack and Jill magazine for children. Apparently the original page is much lighter in color, but the flash from the camera has made the image brighter in the middle and darker elsewhere, making the art even spookier. 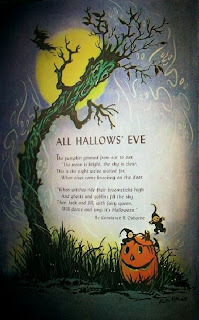 Below are photos I took of black-and-white images I found in an old cookbook that I found at a thrift store. They didn't have the best contrast and were kinda blah looking. So I tweaked 'em and played with the color: 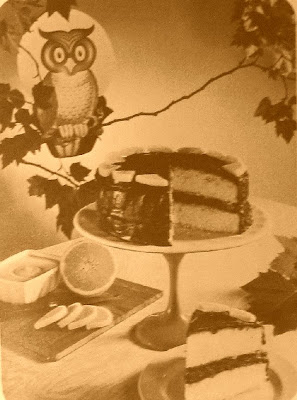 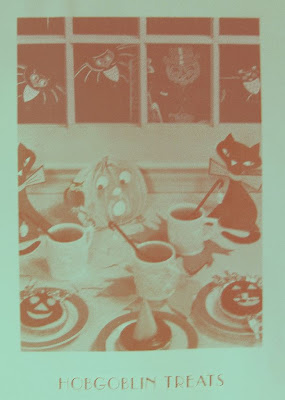 This post is making me hungry! Hmm, I could eat some Old Crow, or maybe Wild Turkey...

Here are some vintage spooky graphics for kids I found online. Posted in backwards-descending chronological order. 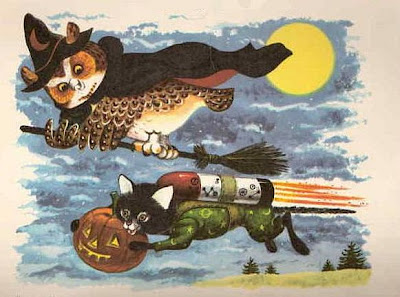 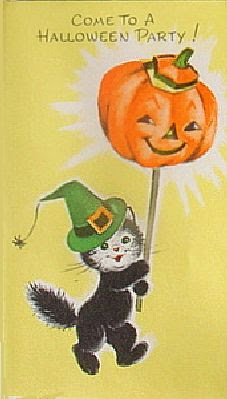 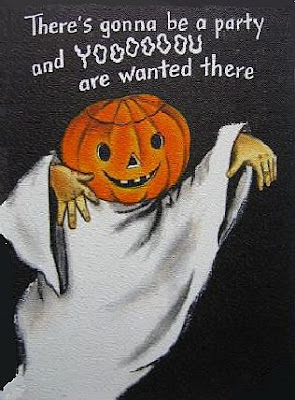 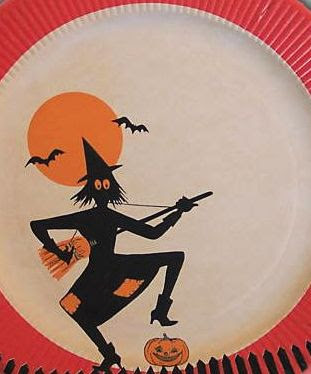 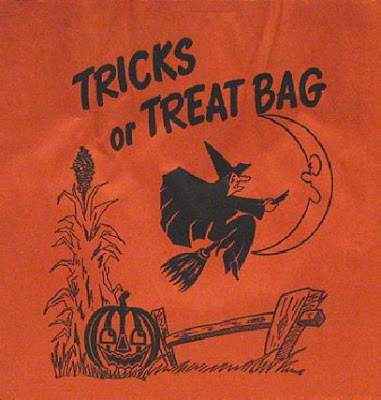 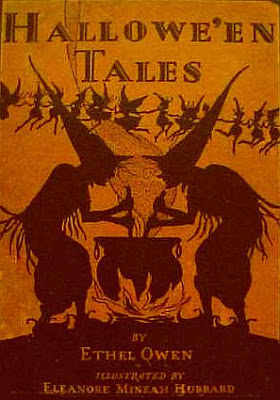 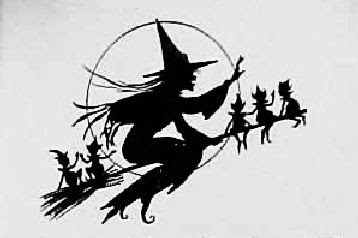 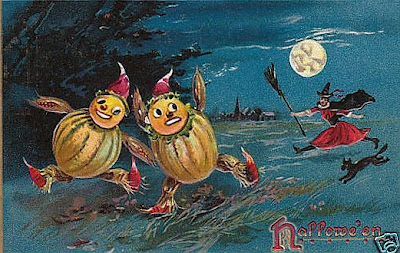 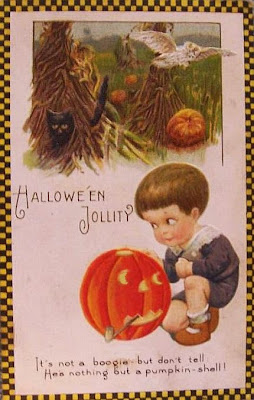 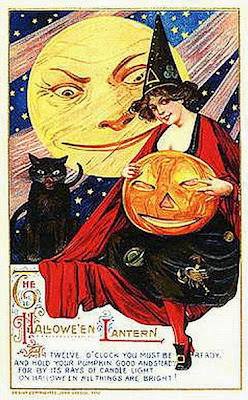 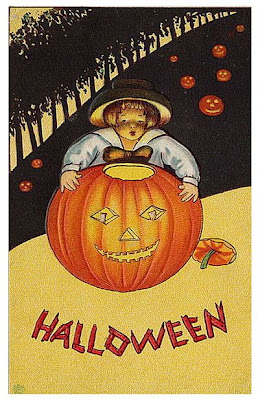 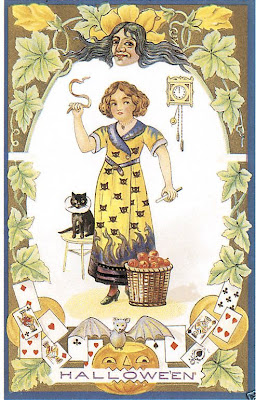 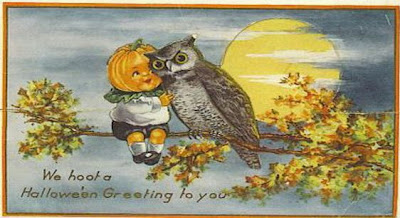 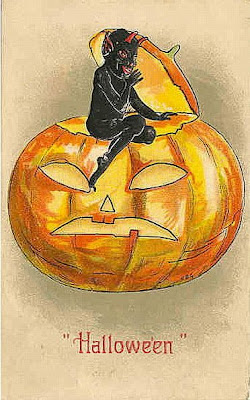 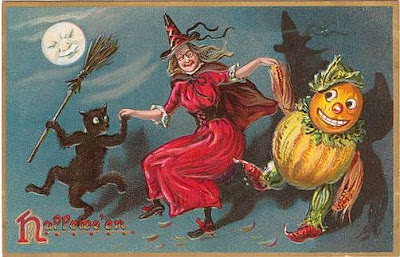 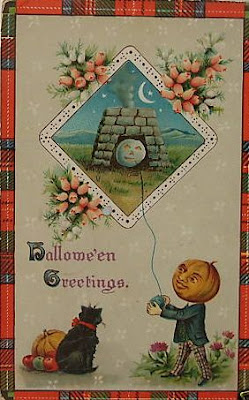 Here's proof that Shirley Temple was once a Satan-worshipping sorceress: 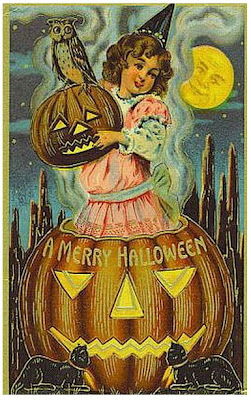 Last, here's an unintentionally funny scan from the October 1963 issue of the now-defunct craft magazine Pack-O-Fun: 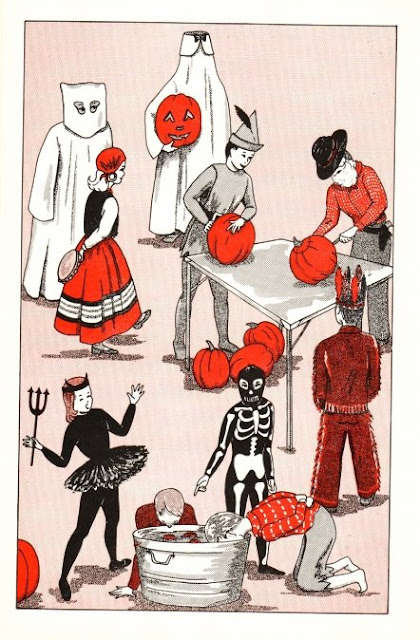 I got a kick out of the last one. Thanks for the early morning laugh!

I never tire of viewing old vintage Halloween graphics! :o)
I especially like the first one...the tree is creepy cool!