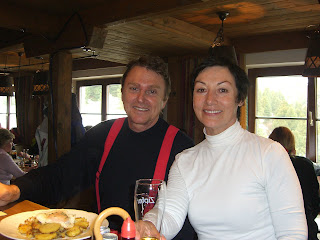 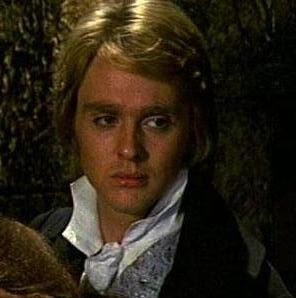 Worst Nightmares, by Shane Briant, is a new novel I recommend. (My endorsement is probably HIS worst nightmare! He'll need to keep better company among reviewers if he wants to be taken seriously!) Anyway. Mr. Briant, stuck with having a drunken severed head chattering about his book, graciously gave me an interview. I spoke with him last month by phone, calling him at his home in Australia.

The interview actually happened twice; but the recording device used for the first interview failed to work. So we had to do it again a couple of days later. This is why you'll hear me refer to having talked before with Mr. Briant; please don't think he has the bad judgment to hang out with such as I. He's actually a smart, charming, imaginative man!

Each segment is about twenty minutes. In Part One, Mr. Briant talks about his new book, about his writing process, and working on Dan Curtis' The Picture of Dorian Gray. He does a cool bit of impersonation when reminiscing about two of the people involved, actor Nigel Davenport and producer Dan Curtis.

In Part Two, Shane Briant talks about HIS nightmares and phobias, what working at Hammer studios was like, what he likes to drink, Dave Prowse's feet, and shares his impressions of actors Peter Cushing, Cliff Robertson, and others. 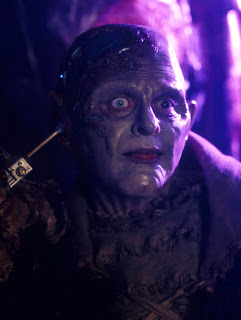 He also riffs on a few "dysfunctional" fans, but told me afterward he considered himself a bit odd, too! He also wrote to say, "I might have been rude when I suggested that some horror fans were....'dysfunctional'. That’s high praise as I see myself like a literary ‘Dexter’."

As an interview subject, he was certainly fun and functional!

Scenes from the novel can be seen at Shane Briant's YouTube channel page, and you can buy Worst Nightmares at any of the seller links on this page.

Above, right: Shane Briant as the brain-eating Kaavok in an episode of the series Farscape.

nice! i liked your review of the book and i'm going to seek it out.

gonna have to listen to interview when i'm not at work though.