Back when I was in school...

..we only saw the dullest of films. THIS would have been a change of pace!

But I do recall seeing a Disney cartoon about venereal disease once, in high school! It was called "VD Attack Plan". Cartoon germs plotting pain during urination! Wow! (Y'know, the name "Pegleg Pete"-- Mickey Mouse's nemesis-- would make a good euphemism for a guy afflicted with the clap!)

You can read more about the film from the source of my photos, othercinema.com: 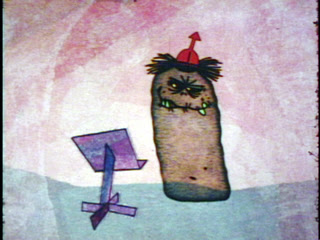 (During my 16mm film collecting days, I had a print of "VD Attack Plan". Fun to show to unsuspecting guests!)

Speaking of school days in olden times, friend of the severed head Bobby Beeman tells me that when he was eight years old, he conned another third-grader into buying "Dracula's autograph" for a quarter! (He'd used novelty "vampire blood" to sign with; later he got another quarter selling Frankenstein's autograph, suitably done in a shaky hand.) I wish I been that smart when I was a kid! 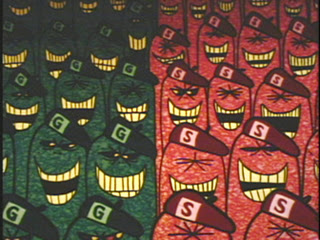