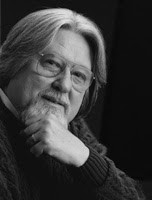 Laszlo Kovacs, one of Hollywood's most influential and respected directors of photography, died Saturday night in his sleep. He was 74.

The Hungary-born cinematographer also carried during his career a remarkable story of courage that occurred 50 years ago during his country's revolution.

Kovacs was born and raised on a farm in Hungary when that country was isolated from the Western world, first by the Nazi occupation and later during the Cold War. Kovacs was in his final year of school in Budapest when a revolt against the communist regime started on the city streets.

He and his lifelong friend Vilmos Zsigmond made the daring decision to document the event for its historic significance. To do this, they borrowed film and a camera from their school, hid the camera in a paper bag with a hole for the lens and recorded the conflict.

The pair then embarked on a dangerous journey during which they carried 30,000 feet of documentary film across the border into Austria. They entered the U.S. as political refugees in 1957.

Against the odds, Kovacs and Zsigmond went on to become two of Hollywood's most influential directors of photography.