One Less Halloween Costume, or, How Old Sci-Fi Serials Are Becoming Reality! 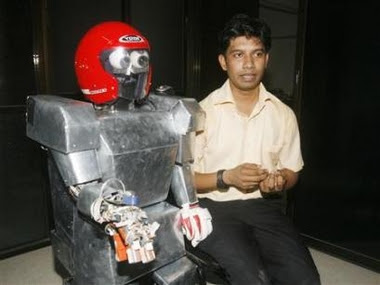 Weird news in time for the Hallowe'en season: cheap humanoid robots are going to become reality! When robots become commonplace, the joy of wearing a clunky homemade robot costume will fly out the window!

From Reuters News Service comes this story by Azad Majumder:

Move over Japan-- A Bangladeshi graduate student is developing a robot capable of picking up objects, mopping floors and performing other simple tasks -- at the fraction of the cost of other humanoids.

Feroz Ahmed Siddiky of the International Islamic University in Chittagong says his "IRobo" responds to voice commands, has spatial intelligence and is cheap because it's made from scrap materials he's collected from electronic shops and car mechanics.

"On completion, this robot will comply with different verbal commands for tasks like shifting objects, cleaning floors and standing guard," Siddiky told Reuters.

"It can also be used for some risky jobs like in coal mines, where workers commonly suffer many accidents."

Siddiky has been working on the robot for two years and says he has got another year's worth of engineering to do before its completed. He said he is currently discussing commercial production of the robot with an Australian software firm.

Cyber-crazy Japan is hooked on androids with several companies selling robots that mimic human action for medical and cleaning purposes, as well as entertainment. 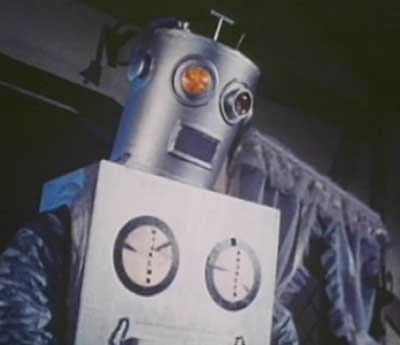