Jim Bertges is a mild-mannered newspaper publicity agent for a major Hollywood studio by day, but a maker of monsters by night. He's a long-time model maker whose work and commentary has been seen in many issues of MODELER'S RESOURCE magazine (now defunct).
He also loves classic rock music, and the parody of the sort we all grew up with in MAD magazine. Fortunately, he combined all those loves in a series of "album covers" he created for the Universal Monster Army in April 2006.Below are Jim's photos of the records made The Franks, (nicknamed "the Four Flattops"), the original Fab Four. One album cover is missing, because it has just appeared in a post at the magnificent site Frankensteinia; go there to see the infamous sleeve for "Dr. Frankenstein's Borrowed Hearts Club Band".

At the very bottom of this post is a sneak preview of a photo that will be appearing in the next issue of KIT BUILDERS magazine. What you see is a figure (one of several) built and painted by Jim. 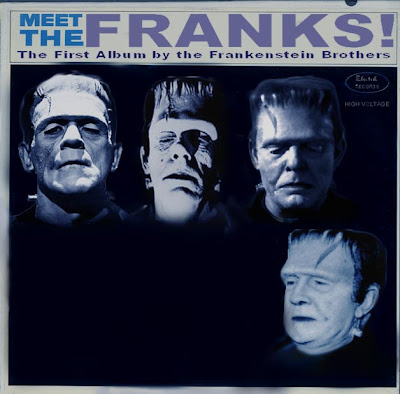 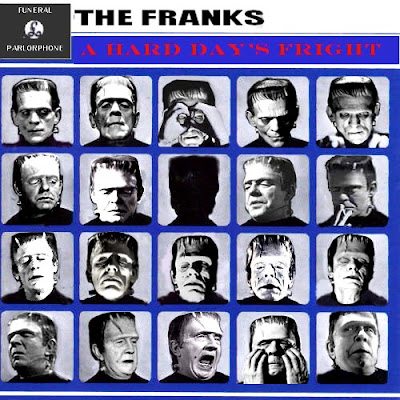 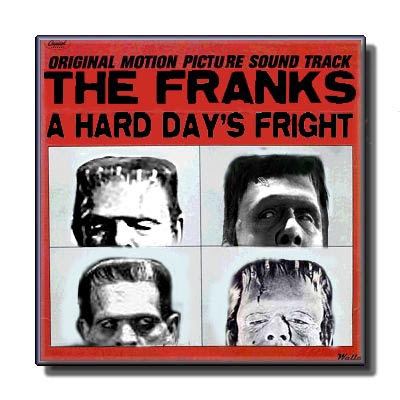 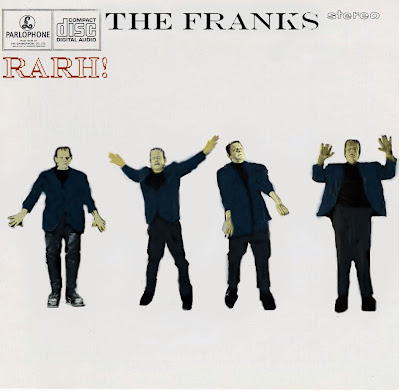 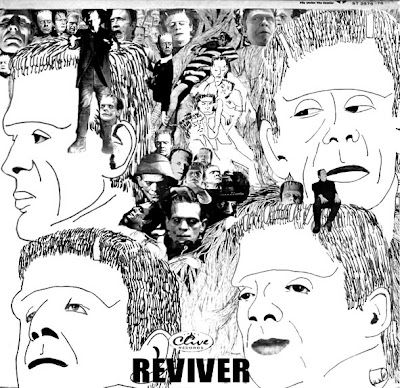 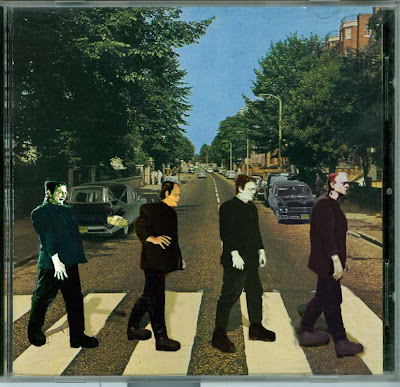 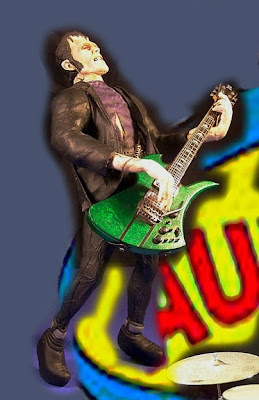 UPDATE: It's been a looong time since the "Sgt. Frankenstein" image appeared at Frankensteinia, so I'm now adding to the other Jim Bertges parody pics. Here: 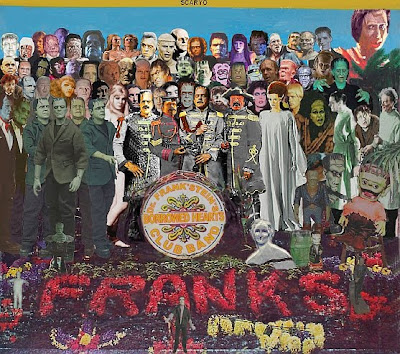 UPDATE: Here are some relevant Jim Bertges links you'll want to check out:

How To: Mottling A Mutant

Awesome. Although one of the Frank's in that Abbey Road LP ought to be barefoot....lol.

One of the Franks is barefoot, Dave-- it just happens that he has a big black clubfoot on each leg!

I may have commented on these elsewhere, but these BEATLES/ FRANKENSTEIN lp covers by Jim Bertges are some of the greatest blendings of 2 disparate areas of pop culture that I've ever seen. FOUR STARS!

I think the Revolver cover is the neatest, although they are all pretty darned clever.

On a completely unrelated note, I've tried sending you a couple emails to your Yahoo account, but haven't heard back from you.

I'm assuming my emails were marked as spam and you missed them? Just wanted to let you know I was trying to contact you.

Dr. Mark-- Thanks for commenting! Have a drink?

Splotchy-- will e-mail you late tonight.