Today's a gloomy day outdoors, and the DSH is feelin' blue. (Maybe my oxygen regulators need a whack.) Somehow, winter seems already here. I felt a little bummed out for a while on Halloween, knowing that Bobby Pickett wasn't somewhere singing Halloween's unofficial anthem, "Monster Mash".

Listening to my collection of Zacherley music always cheers me up, though. (For those of you not in the know, Zach was the "Cool Ghoul"-- one the first TV horror hosts, and a man with a long career in radio and in novelty records. Go here to learn more.)

Sent Zach a skull that a marigold grows out of (he says it's on his window ledge now) and a box with what I like to think of as Lizzie Borden's arm in it. (You open it up and a bloody woman's arm wiggles and makes a loud noise.) Thinking it was candy, the gag inside really startled him, he said. (He was not looking forward to getting more candy; too many people send it to him.) I think he enjoyed the scare. He loves gadgets and novelty stuff.

I may have that put on my tombstone: "The man who scared Zacherley." Ha ha!

Guess I was lucky-- if I'd scared him into a coronary crisis I'd never be able to forgive myself!

So what's "leftover" in this post? Well, I'm just now getting around to sharing pictures from my last summer foray. Near the end of September Jane and I went to Kennywood , a local amusement park. I wouldn't go on the really scary rides, to Jane's regret, because being a drunken severed head I rarely meet the height requirements. And because I throw up easily. And because I'm a big wussy.

This is my face if I go on such a ride: 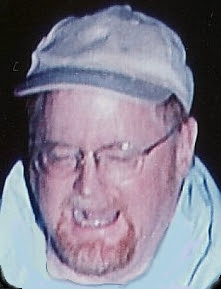 Here are a few pics (taken with a spare camera that isn't very good) from our farewell-to-summer day at Kennywood. (There's also a souvenir photo and some postcard images.) In a few you'll notice that they had begun to get ready for their October Phantom Fright Nights, their annual Halloween season makeover. Click on any picture to enlarge. 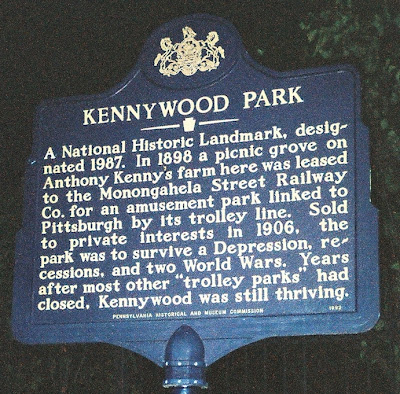 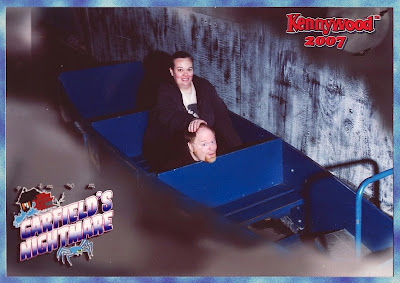 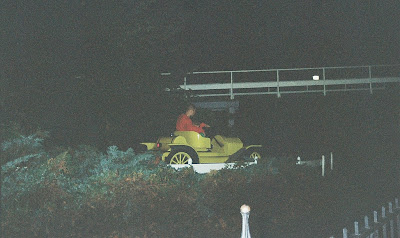 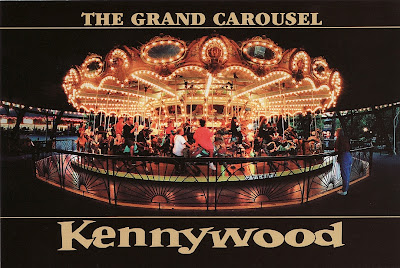 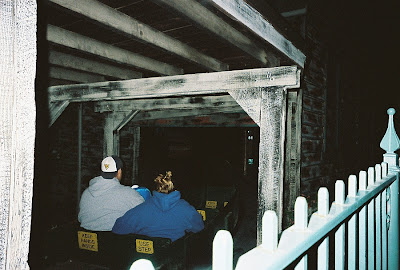 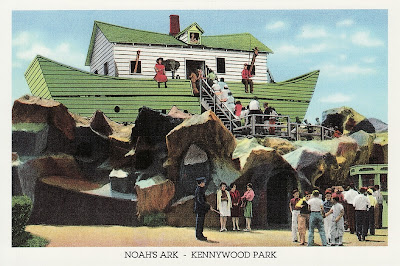 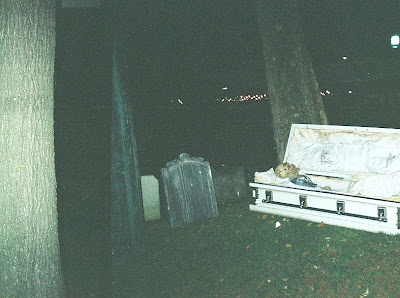 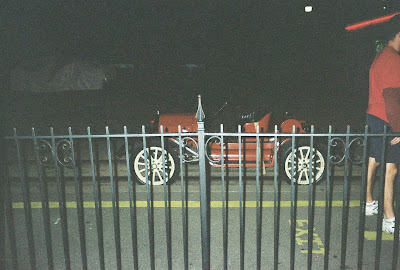 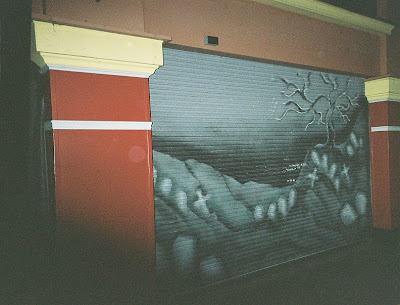 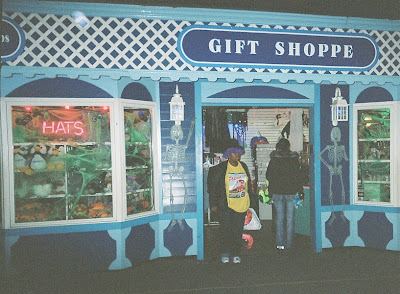 I agree this time of year can suck bad. What really got me was placing a Thanksgiving Countdown at one of my forums, and realizing it is less than 2 weeks away. Christmas is barely more than a month.

The really dreary winter crap starts here in Upstate NY. Even as a kid that was my least favorite time of year. The only good thing that ever came out of it were snow days out of school...lol. Looks like your summer trip was a great one. I'll have to join you in cheering up with some good Horror music.
Dave