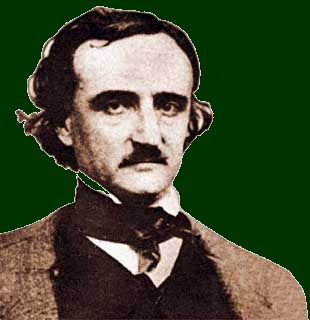 In honor of his birth, I'm sharing the late Brother Theodore's adaptation of Poe's story (or long sick joke, depending on how you look at it) Berenice.

Plus, an old-time radio episode-- an adaptation of "The Black Cat", starring Peter Lorre, as heard in 1947 on "Mystery in the Air."
Posted by Max the drunken severed head at 9:03:00 PM

Happy B-day Poe! If only all of use could have the power to be remembered on our 199th birthday.