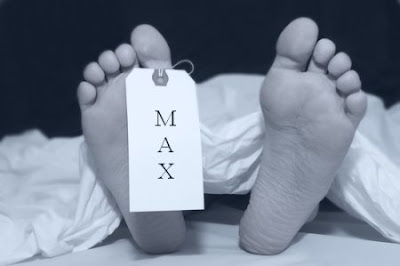 Well, I got one of those "Read this, and send it to five other people"-type emails. On first glance, I thought it was the sort of thing that tells me to spread the word that Bill Gates will give you a pot o' money if you forward an e-mail to everyone you know, or implores me to spread the word that Jesus wants them to vote against Hillary Clinton because she once ate a boiled baby at a coven meeting in the White House, or some other such nonsense. My first reaction was to roll my eyes so hard I looked like Little Orphan Annie or Bruce Wayne with his cowl on. But I read on, since the e-mail was sent by my good friend Pierre Fournier of the blog Frankensteinia.

I'd misjudged what the e-mail was about.

It turns out that I was being "tagged"-- a game involving a "meme." (Ugh, what an ugly word-- and one of the most overused ones on the internet, with intellectual pretensions, to boot.) Seems I had to go to the closest book to me, turn to page 123, count the first five sentences, then post the next three sentences after that on the blog. Then I had to do the dirty deed of forwarding this "tag" to five other chumps, inviting them to do the same thing. 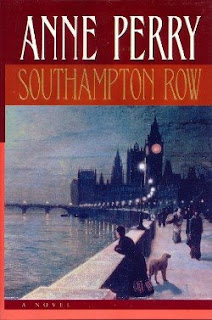 Okay, I admit it-- I mumbled and grumbled to myself at first. But after a while I decided this was akin to a party game and might be fun if I just tried it with a good attitude (a resource I sometimes run short of, which is obvious from the above paragraph), I grabbed the nearest book (an interesting Anne Perry mystery, Southampton Row) and turned to the required page.

I'm not lucky at games. I once pinned a donkey's tail onto the teacher's butt while blindfolded. This game proved to be no exception to my "unlucky streak".

Here are the sentences:

"I resented Cornwallis for wishing you onto me. Took you as a favor to him, but perhaps it wasn't after all."

"Why do you owe Cornwallis any favors?"

Outta context, the selection ain't exactly a grabber, is it?

Maybe I should parody it, a la Beavis and Butthead:

"I resented Cornholeis for wishing you into me. Took you as a sexual favor to him, but perhaps it wasn't after all."

I wish I'd had my copy of The Golden Trashery of Ogden Nashery closer to hand!

The five I in turn tagged are Gary Macabre of Blogue Macabre, Kirk D. of Secret Fun Blog, John Rozum of John Rozum, Erick of Wonderful Wonderblog, and Iloz Zoc of Zombos' Closet of Horror.

I wish them luck. (I'm actually hoping every one of them cheats!)