...is the name of a short film I and an enthusiastic cast and crew just photographed this past Thursday! Shot at the amazingly detailed Castle Blood, a haunted house attraction in Beallsville, PA, here are some pictures taken during and just after the shoot!

I was lucky to have two talented filmmakers, Josh Hehr and Justin Crimone, shooting, lighting, and recording sound. They were experienced and creative, which was of immense help to me, since I've never done this before and was kinda flying by the seat of my (figurative) pants. I'm the nominal director, but they were more than crew.

The film is/will be sort of a cross between Shock Theater, a sitcom, and a bad cable-access show. It's silly and schlocky and of low moral character! 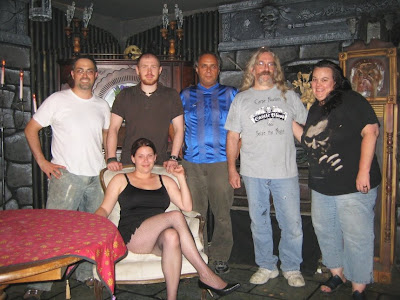 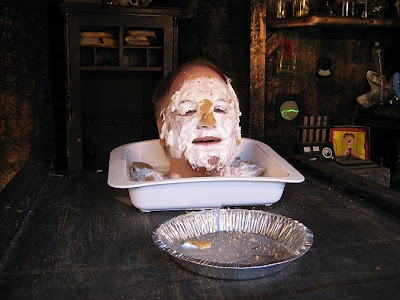 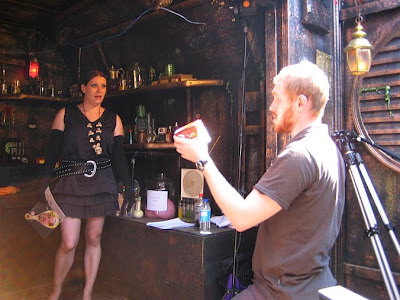 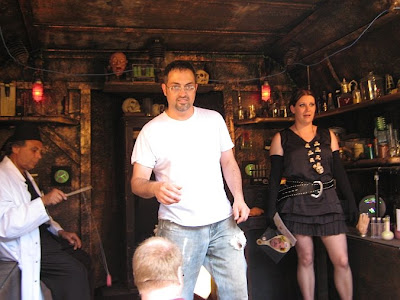 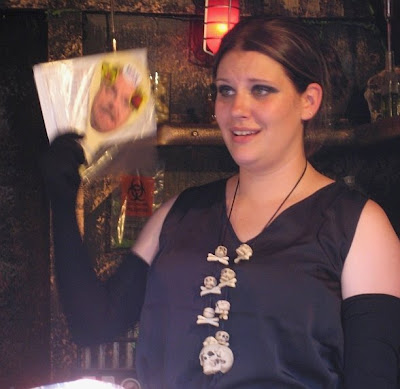 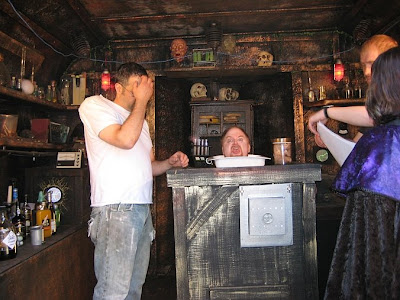 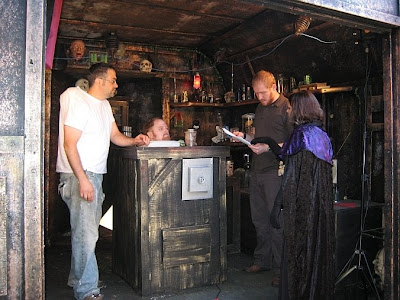 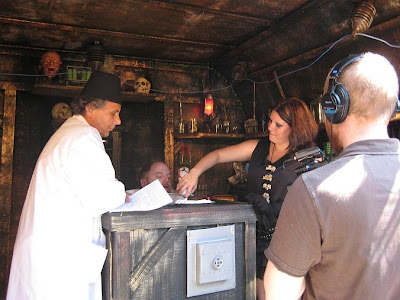 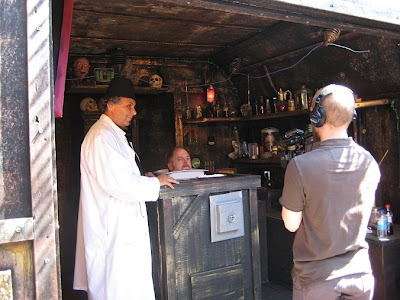 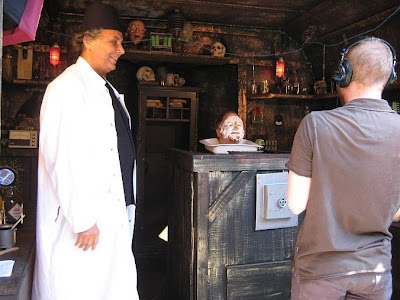 So that's what you've been up to in the lab. Now you'll really have a swelled head.