Last month, Pittsburgh's annual Zombie Fest was held for the first time at the Monroeville Mall, the site where much of the shooting for the original Dawn of the Dead was done.

Due to problems with a camera, I wasn't able to upload pictures I took at the event until just recently. But here they are, combined with some supplied by generous friend Meg! 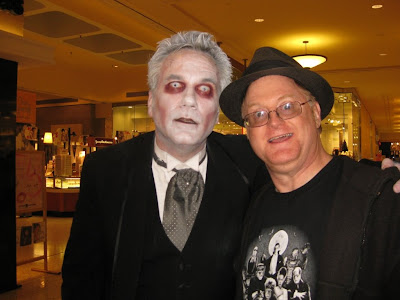 The drunken severed head, attached to his prosthetic body, gets a grip-- from Prof. Emcee Square, the suave zombie host and organizer of Zombie Fest! 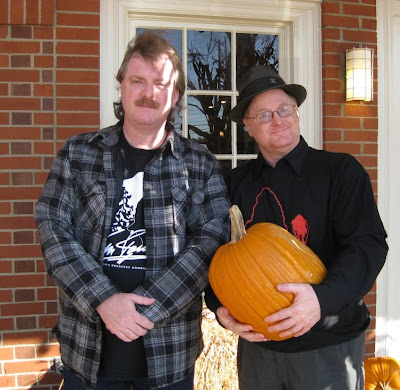 Fest guest Dr. Kim Paffenroth, author of Dying to Live and Gospel of the Living Dead and fellow LOTT D blogger , talked with me over breakfast-- and never once made an attempt to get at my brain! But I did try to get into his head-- How many people does one get to meet in a lifetime who are both authors of zombie literature AND theologians? He was an interesting, clever conversationalist-- and we were both sober!

Cool music was part of the Fest, as it has been in past years. 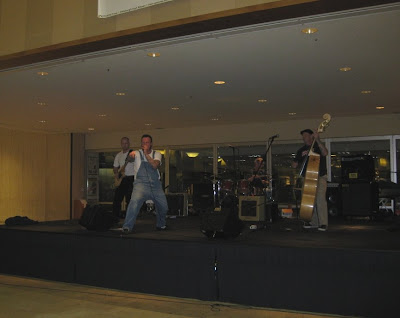 The Legendary Hucklebucks got their mojo workin' as they performed some great psychobilly!

And speaking of hard-charging rockers, GENE SIMMONS of freakin' KISS was there enjoying the events! 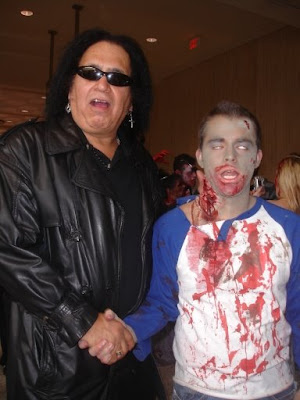 Here's a drunken zombie! Just what I aspire to be. 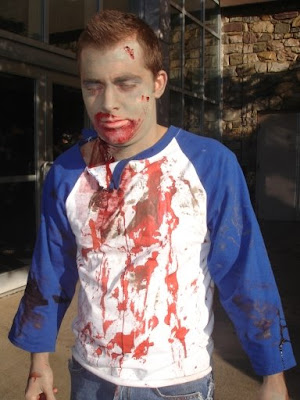 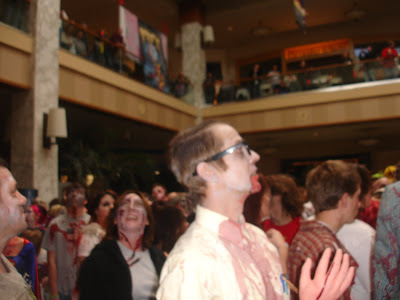 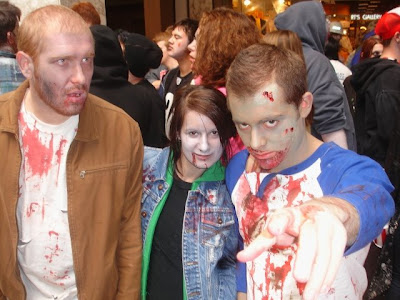 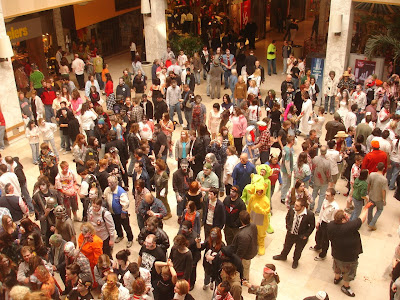 The drunken zombie smells my brain (it is, after all, marinated in fine distilled spirits) and comes after me! 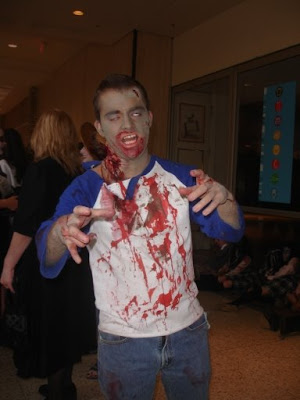 Zombie students! (I had some of them, years ago, when I taught high school!) 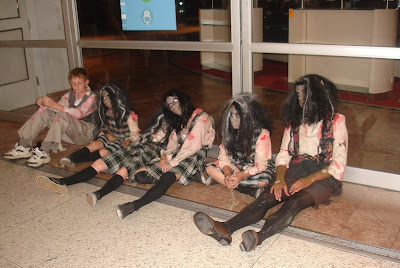 Zombie Fest-- always a great event for all ages! Then comes the baby escaped from it's carriage! It's important to instill proper brain-eating habits in children-- Lest they become finicky teenagers: 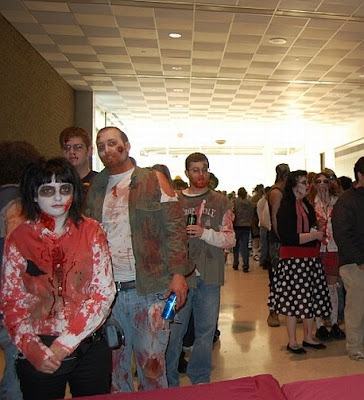 As Romero might have predicted, the "con" in "zombie con" stands for "consumerism" Looks like fun! Sorry I missed it! Was that REALLY Gene Simmons?

Yep. Really Gene Simmons. (Not to be confused with Jumpin' Gene Simmons who sang the classic novelty song "Haunted House.")

Bad news: that was a pretty good Gene impersonator, not the real deal.

I was happy to see your belated ZF update! It's almost been a month already. Sigh-- good times. Tempus fugit, and all that. It was a damned fine experience, one I look forward to repeating next year.

(Maybe then we won't be on opposite sides of Houlihan's, come pasta buffet time!)

"Bad news: that was a pretty good Gene impersonator, not the real deal."

Yeah, right. And next you're gonna say I'm not a real severed head.

But I do look forward to talking with you and your wife next year!

Great pics.Looks like you had yourself a bit o' fun!