My brother, who has nooooo interest in politics, made a topical pun last week that was so inspired I had to share it here: 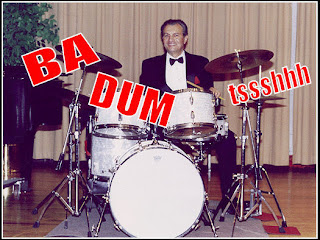 Thanks to my brother, President Obama, and my friend Ted, who made the image above.
Posted by Max the drunken severed head at 1:47:00 AM