Friend of TDSH Ted Newsom sent me some photos he colorized of monsters from classic black-and-white films and from one classic television show. He had first posted them at the Classic Horror Film Board, where they made a great impression. (The impressions were made in viewers skulls when they fell over backwards in amazement.) 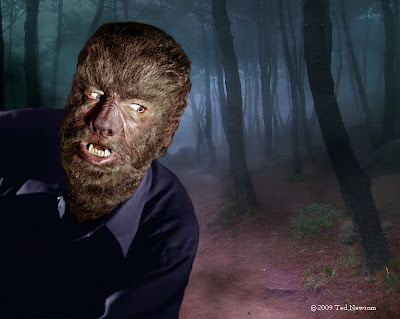 Chaney as a Wolf Man in Casa del Terror: 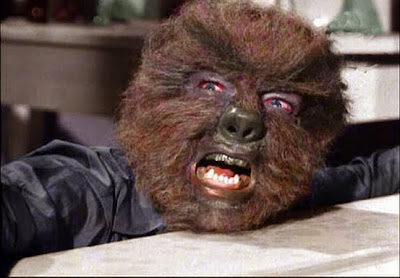 Chaney as the Wolf Man in a comedic Halloween 1962 episode of the old show Route 66: 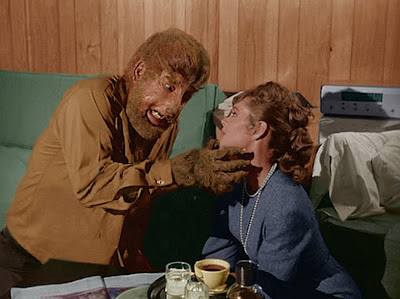 Chaney also appeared in the guise of the Mummy and the Hunchback of Notre Dame in the show, and Boris Karloff donned the makeup of Frankenstein's Monster. The episode was an affectionate swan song for the actors to the Universal characters that made them famous. 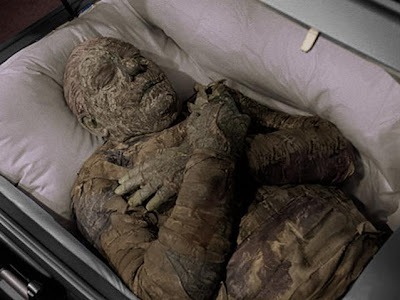 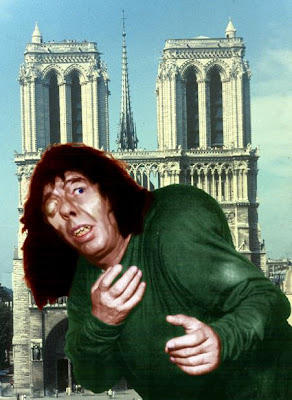 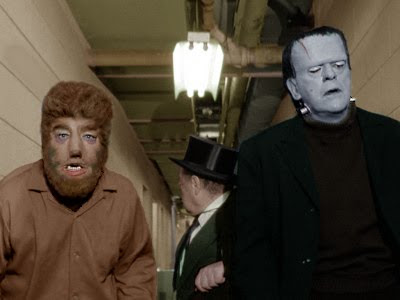 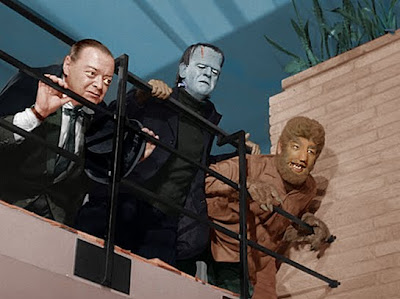 Genre villain Peter Lorre also appeared, and he and Karloff debate in the episode whether classic horror characters had become outdated in the modern world of 1960s America. The three happily discover that they haven't. (Sadly, the makeup man doesn't do the best job in recreating the look of the characters.)

I think the show would have been so much more poignant if only Bela Lugosi had lived long enough to appear as Dracula, and argued with Karloff instead of Lorre. Without Bela, I can only watch the episode with some wistfulness, "if only..." echoing in my mind. 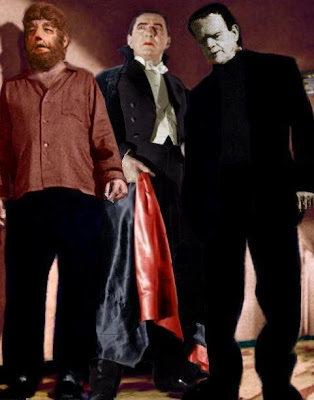 All colorized images copyright Ted Newsom 2009.
Posted by Max the drunken severed head at 1:24:00 AM

This is why I feel like I need to drop by CHFB more often than I can. Ted, those are really great.

TFQ: Thanks your royal froginess!

JR: I only posted the pics because I knew you couldn't get to the CHFB. Aren't I swell?