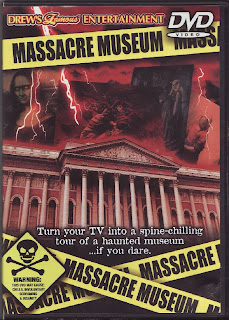 I bought a novelty dvd for Halloween that I absolutely can't recommend. It's Drew's Famous MASSACRE MUSEUM. (Must have been old stock, since it was released last year.) The cover says it "turns your TV into a spine-chilling tour of a haunted museum"--HA! It's just a series of visual parodies of some famous (and a few obscure) works of art. Some are well done, some not, a handful are clever. There's no surprise shocks, no eerie music; in fact, I found nothing "spine-chilling" about it at all. Unless you count the horror I felt when I realized I'd wasted money on a disk that lasts four minutes, then loops the same two dozen or so images over and over.

Here's the best of this worst Halloween dvd purchase. (The top image scored some humor points when the applied organs fell off the blood-sticky canvas, evoking and mocking Jackson Pollack's splatter technique.) 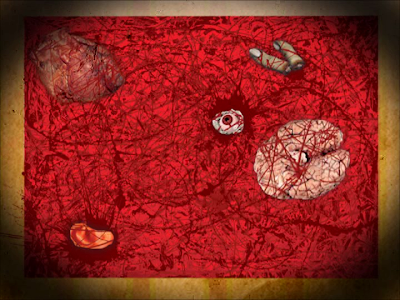 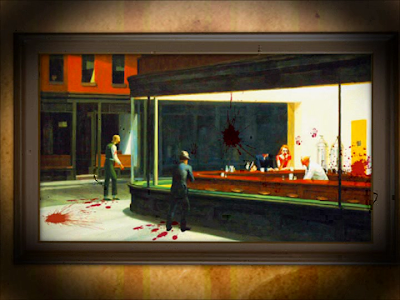 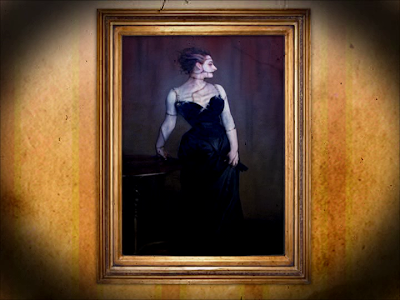 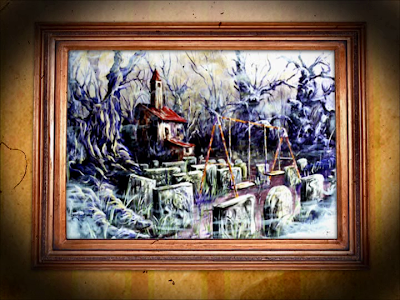 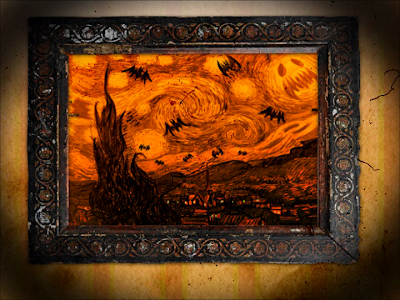 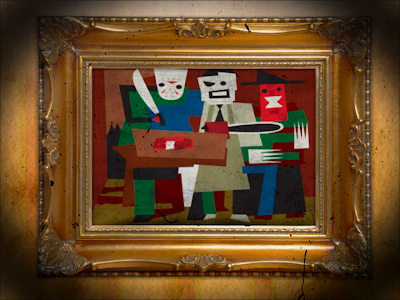