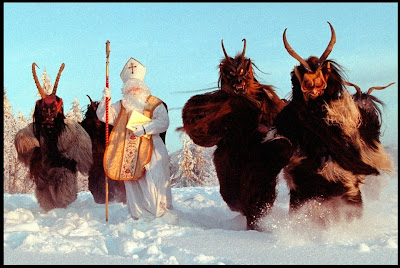 Above is a picture from Global Post on the monstrous German Christmas character, Krampus. From their web article "8 wacky holiday traditions."

Last year, I posted some photos similar to the one above, taken by a German-American friend while she was visiting the state of Bavaria. She was generous to share them with TDSH. Below is that post.

____________________________
Below are scans of pics lent by friend Steffi Staley of a Christmas parade in the German state of Bavaria, where Santa's evil sidekick Krampus, his demon friends, and witches all appear, the better to scare kids into being good. (A tradition I think is great for children-- although some disagree.)

This is a tradition that I wish would flourish here-- hey, we got the Christmas tree and Santa Claus from the Old World, why not Krampus and his kind? I live in a section of Pittsburgh that was home for the German immigrant community in the 19th and early 20th centuries, but the "Pennsylvania Dutch" Christmas monster known as Belsnickel seems to have disappeared completely from Christmas celebrations here. What a shame! 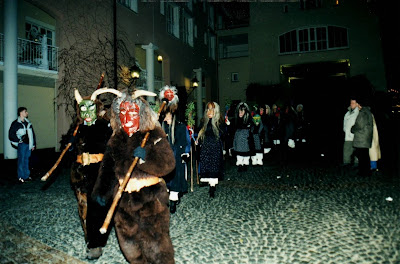 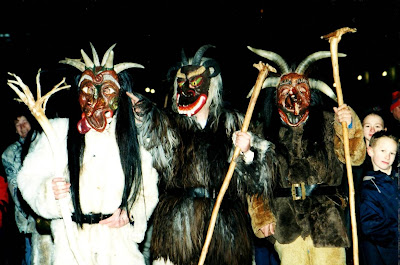 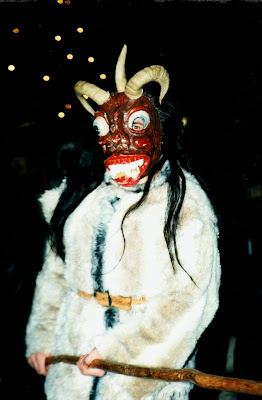 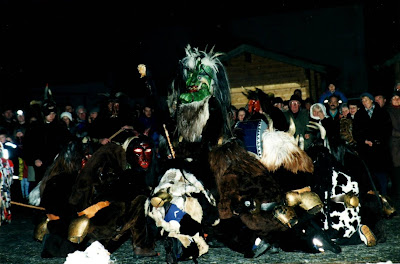 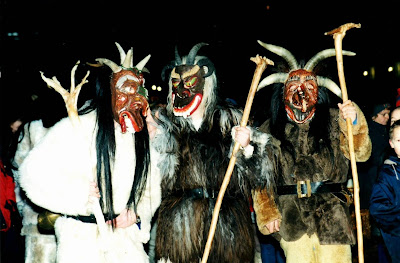 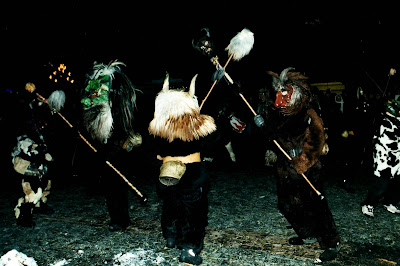 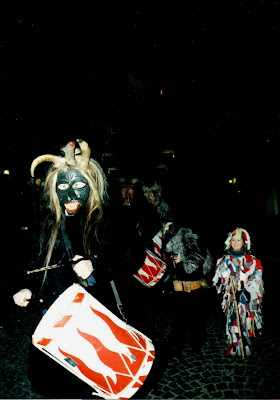 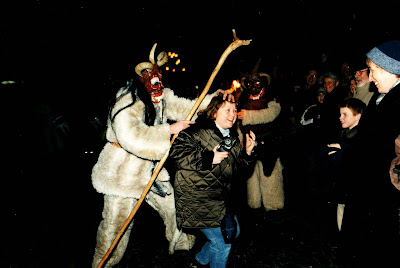 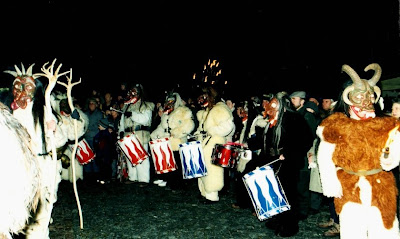 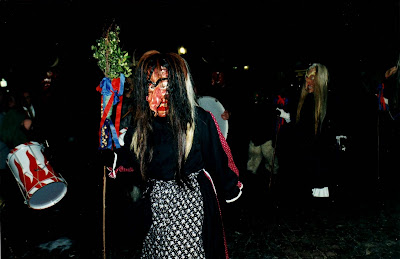 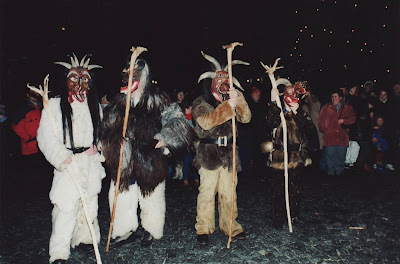 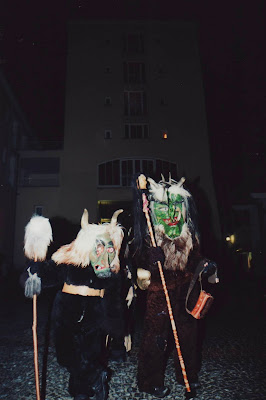 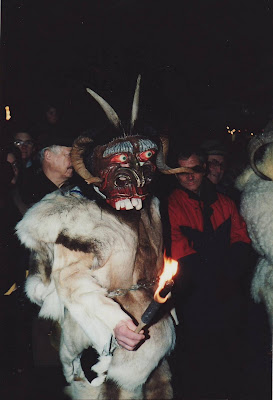 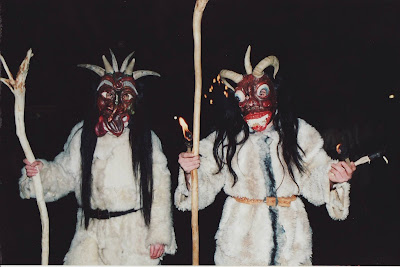 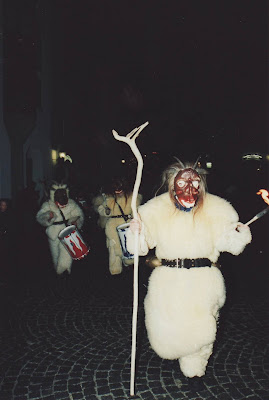 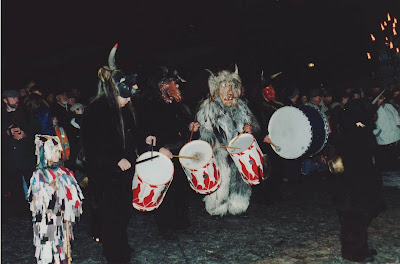 Merry Christmas!
Posted by Max the drunken severed head at 9:11:00 AM

Krampus is awesome. So is Black Peter. When my mom's friend was growing up in Czechoslovakia, Santa would come to your house to deliver the presents personally, and tell you how nice a kid you were. Black Peter would come with, and tell the adults what they did wrong.

Apparently, he pulled no punches and told the truth. "You're drunk! You're a liar! You rip people off at your store!" etc.