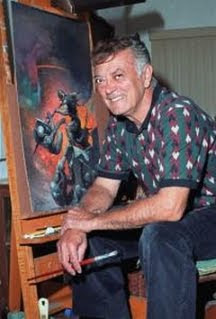 I am very sorry to note that artist Frank Frazetta has died this week at age 82.. He was one of the top genre painters of the 20th century.

I believe he surpassed in influence the Hildebrandt brothers and Maxfield Parrish, three other top fantasists of the last century. His work in comics, magazines, posters, record jackets and book covers (especially the magazine and book covers!) helped shape my imagination as a child, and strengthened my fascination with fantasy and horror.

I encourage you watch the documentary on Frazetta's life, Painting with Fire.

In tribute I present some details of his paintings, two of his early comic panels, an entire Kong painting, a lighthearted illustration, and an ironic final one. 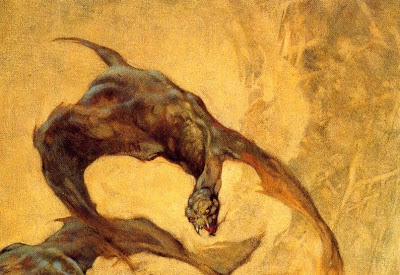 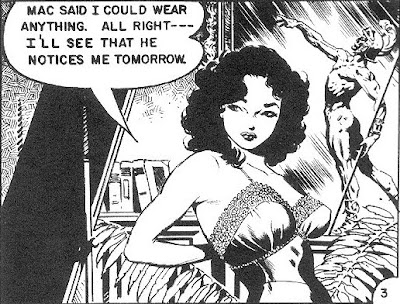 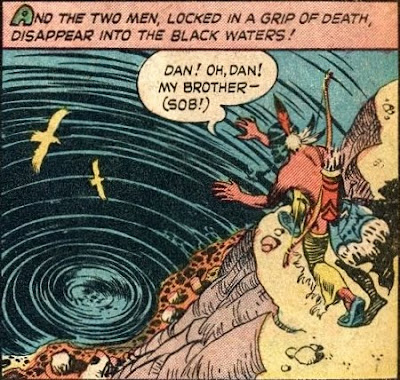 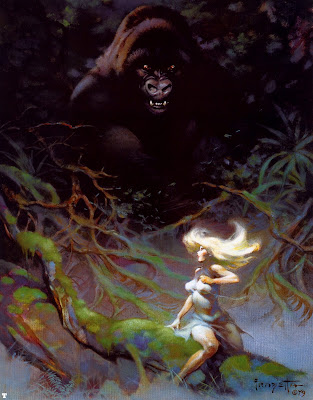 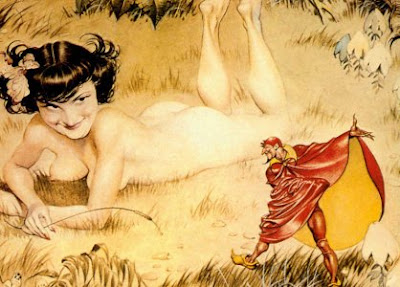 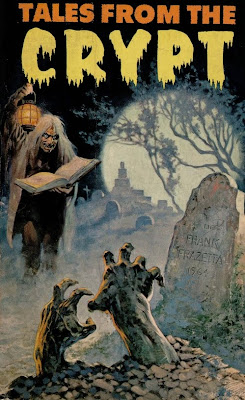 Image source.
Posted by Max the drunken severed head at 3:52:00 AM

Damn. I saw a Painting with Fire a few years ago and was blown away. He will be missed.

Thank you for the samples of Frazetta's work DSH. He did a wide range of of work. His talent will be missed but it is good to know others have been influenced by him and will carry the artistic torch.

Very nice tribute post Max, thanks. I like your high-lighting certain portions of Frazetta's master pieces... not only was he great, but a master of detail... everything on the canvas works
r/e

Thanks for posting your comments, everyone. If you appreciate the work of Frank Frazetta, you are definitely a friend of mine. To each of you I say, "I salute your eye for beautiful art." (I'll salute the rest of your body when I meet you in person!)