The festering wonder of my birthday 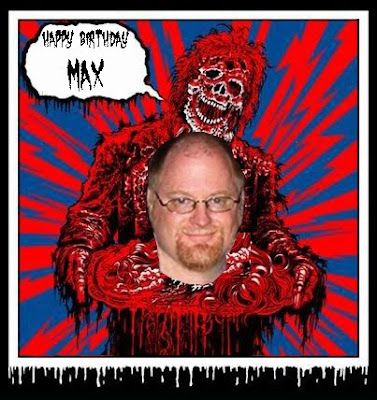 Above: A birthday graphic posted online by my friend Rich.
Sorry to be so late in posting-- computer troubles and illness have delayed me.

So my yearly natal anniversary rolled around last Thursday, and all in all, it was fantastic.

Let me give you some advice about observing one's birthday.

First, surround yourself with fond friends: 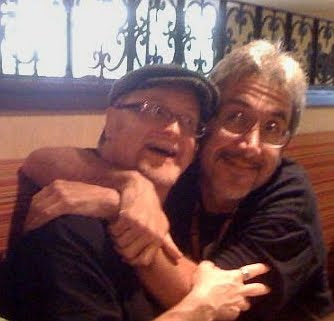 Me and pal Terry Ingram. 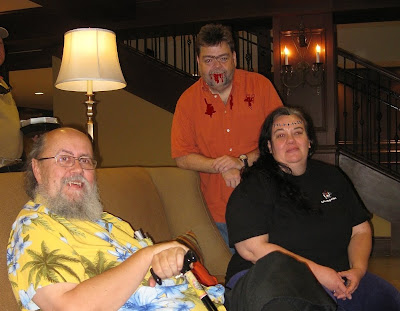 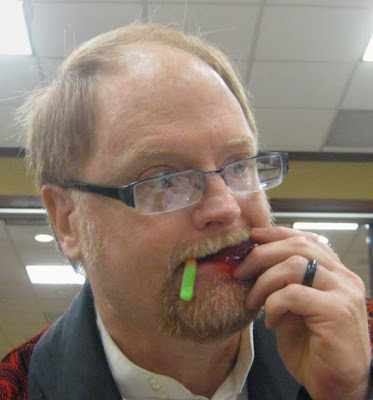 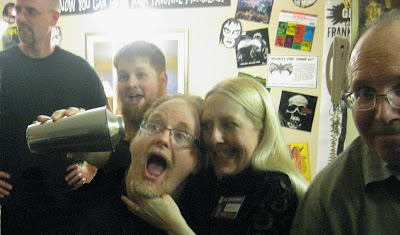 Play games with your friends: 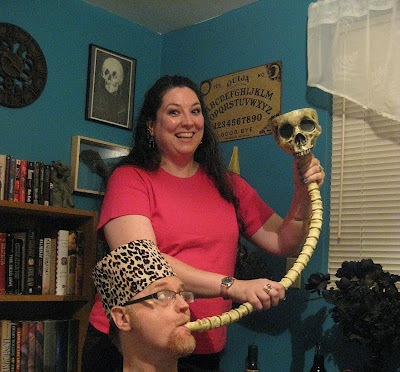 Holly Crisler, the driver of Hell Bus, meets The Drunken Severed Head.
But be careful what games you play, especially when you've been drinking with fond friends: 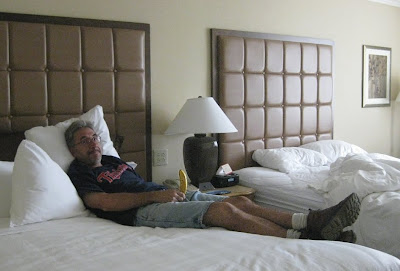 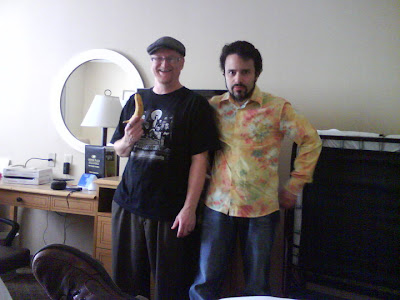 Me and friend Raymond Castile. The banana is played by Lotta Peel.
(Stick with "Pin the Tail on the Donkey"-- no matter what anyone tells you, "Hide the Banana" is NOT a classic children's game.)

Be careful who you invite to your party-- you don't want gang members showing up: 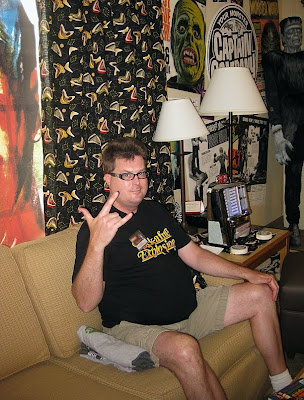 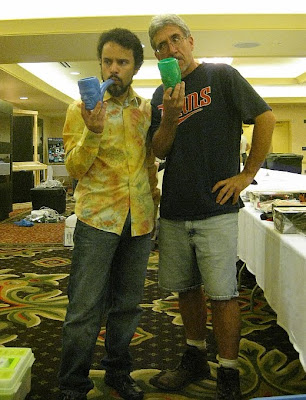 Remember to PARTY RESPONSIBLY! If you are going to use skull beer bongs or Frankenstein pipes, be careful not to damage them. They're valuable collectors' items that you will want to pass on to your grandkids!

Okay, so you've figured out that these pics are all from the recent Wonderfest convention I've been posting about. Except for the picture of my friend Holly; she and hubby Dan live in Louisville, and I visited her at her cool home. (THAT will be the subject of a post that's coming soon.) Some of the photos were taken by Raymond Castile or Terry Ingram.

As to my real birthday celebration, it was quiet. I spent waay too much time trying to fix my computer! Still, I managed to see the nearly 100 good wishes sent my way, either by e-mail, at Facebook, or at various message boards. I'm a lucky guy! Here's some of the visuals sent my way as a form of e-card: 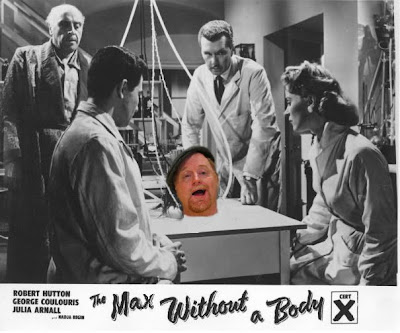 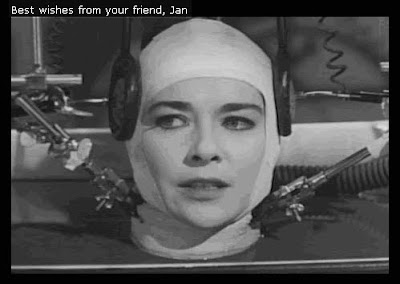 A pic of "Jan in the pan" from my friend Robert Taylor.
Also, Jane and I watched a couple of movies, and I had a breakfast supper of homemade buckwheat pancakes with black walnuts (the walnuts were a great gift from friend Robert Taylor) and blueberries from my own blueberry bushes, and a side pan-fried Canadian bacon. I usually eat a much lighter supper, but this was a special nostalgic meal; it was the sort of heavy and hearty meal thing my maternal grandparents always used to make for breakfast.

I got a very funny and very punny talking card from Raymond, along with a cool old horror record, Verne Langdon's The Phantom of the Organ. Jane gave me some monster mags and dvds.

A wonderful day!
Posted by Max the drunken severed head at 3:23:00 AM

Max, you RAWK, good sir! Glad you had a fantabulous time on your annual trip around the sun!

Your birthday dinner sounds delish!
I'm glad that it brought back some happy memories for you. :)

Now seriously, you and your friends and that banana!
That's my kind of fun!!! :P

Have a lovely day.
((Hugs)) With a titty press for your birthday! *hope Jane doesn't mind the virtual titty press*
Laura

Gratitude units to you both-- you are two gorgeous, fun bloggers and I'm glad I know ya!

Wow. Shocked I need to tell the rest of the story regarding this disturbing photo. What you didn't tell them Max is that you were wearing a gorilla costume when you took this photo. You also failed to mention that you refused to assist us with the "erection" of the display without forcing me to throw you a banana. I reminded you that your wife Jane was in the hotel somewhere and she wouldn't take too kindly to this furry fetish of yours, but you insisted as a Rondo award winner that you deserved a banana straight from the top! We were running out of precious time in completing the display, so I did what any good General would do ... I sold my integrity down the river for the betterment of the UMA. I feel so dirty and yet so powerful.