The image below has nothing to do with this post, but this entry needed some cool pics, so I put one up top and two at the bottom! 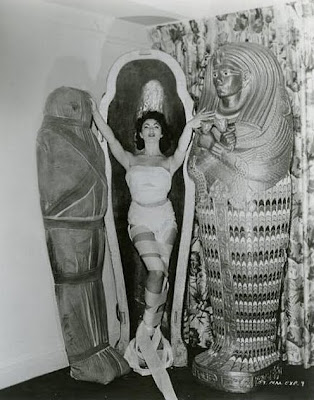 So this post is a continuation of my last post. I left off noting that The Cobwebbed Room gave me a "You make me SCREAM" award. Thank you, Paul! This image badge-and-compliment was created by Memoirs of a Scream Queen.

There are usually rules with these things, like linking to other blogs and passing on the award. Seems's only fair--highlights more blogs and bloggers. Helps both bloggers and readers. Combination of a chain letter and an "attaboy!" (Or an attagrrl/girl/ghoul, as the case may be.) 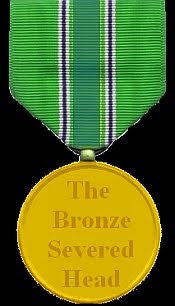 For the hell of it, I created my own "award," and I dare anyone linked to on this page to post it. (I'll respect you far less, but I'll be amused!)

I often break the rules when I get these, 'cause I hate combining a compliment with an obligation. So I ain't asking anyone to pass on this award. But, in the spirit of these things, I will recommend you take a look at the blogs and websites below. These are all ones I have not plugged before:

The blog of talented portrait painter Mike Bennett, whose images in oil are usually of the actors and monsters found in classic horror films.

"A geek girl's guide to life." Yep, and more: a breezy look at geeky films, geeky celebrities, and geeky aspects of pop culture. Embrace it. (I especially liked this post, which surprised the chocolate mousse outta me.) Mmmm, mousse.

This blog is in Spanish, and it looks at bizarre or macabre exploitation, nudie and softcore films. Lots of NSFW pictures. GgggrRRRrroowll! There's also a Google button at the top that will allow you to translate the text into English. Awkward, unintentionally funny English!

A new blog that I think will be pitting horror bloggers against each other at some point. Right now, it seems to be a blog where poll votes--and possibly comments--decide a victorious character or film from the realm of film and TV horror. Looks like a blog to keep an eye on.

Triumph of a Man Called Dada

An often whimsical, nonsensical and rambling blog, I'd like to recommend it just for this drink recipe post and this hand game post. Go poking around 'til sumpthin' catches your eye.

Oh, hell, it's nearly five AM. Gotta wrap this up. Here's more blogs I look at and like: Monster Magazines, Cyberschizoid, The Bloody Pulp, A Rockabilly View, Pop Cereal, Sew Misunderstood: Fat-shion for Wayward Girls, Looks Like Taylor Hicks, Meowlissa the Domesticated, The Angry Lurker, Fukitor, Ornament and Excrement, Rotting Pumpkins. I could go on for fifty more.

Oh, and read Regretsy. It's a horror site--if really bad crafts and the WTF obliviousness of some on-line sellers terrify you, as they do me! 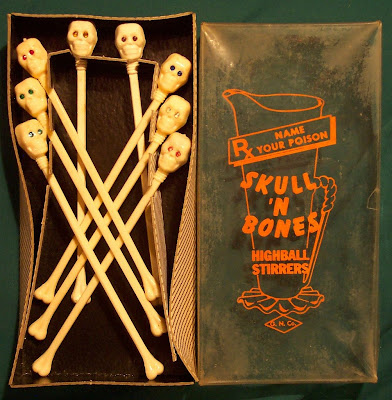 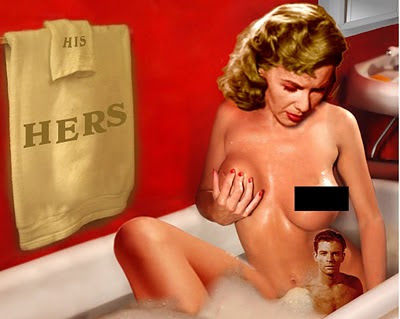 Incredible Shrinking Man image by Richard Olson.
Posted by Max the drunken severed head at 2:07:00 AM

thanks for the shout out, please join up... you are truly welcome...

Congratulations on the award.
I was invited to join Fright Club but haven't had a chance to visit often.
Crap, we're not supposed to talk about it, are we?

Awww . . . there's major blushing going on over here in my neck of the woods. I feel honored to get mentioned! Thanks so much for the awesome invitation, as well! You and your lovely wife are most welcome to visit us in Denver as well!

So appreciated :) Leaving the myspace behind and starting here has been a little challenging to say the least. Thanks for the shout outs. And for the zombie pics!