Did everyone have a good Fat Tuesday?

Mardi Gras came early for the Voodoo Queen and I--last Saturday, as a matter of fact. A horror mini-convention/Mardi Gras dance party called "Zombie Gras" was put on here in Pittsburgh by the indefatigable, creative, and fun-lovin' folks of Horror Realm.

Let me share some of the sights with ya. It was such a hot event a certain zombie with tiger blood and rock star DNA showed up: 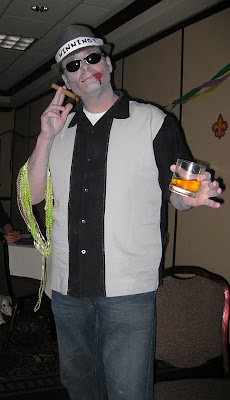 And brought a goddess: 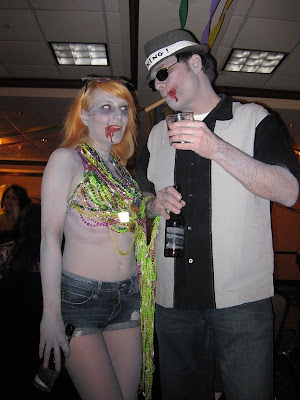 Tried to see any if goddesses wanted to earn beads the old-fashioned way, but no one wanted to. This attendee made her point plain:

And this goddess ran to her mummy: 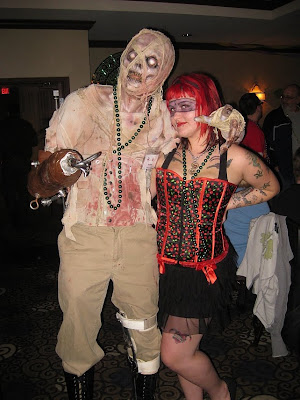 More photos to come.
Posted by Max the drunken severed head at 12:34:00 AM

Did you say there was Beer Max??? Zombies and Beer is a good combo... the more brewskis the ol' undead quaff the fewer brains they need :)