Dracula's castle up for sale 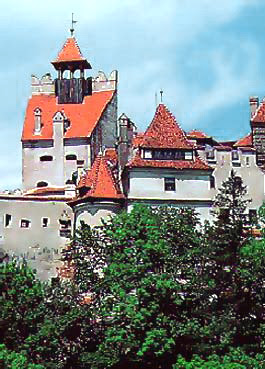 From the Associated Press report by Alexandru Alexe:

"BUCHAREST, Romania - A Habsburg heir is hoping someone will take a bite of his offer Monday to sell "Dracula's Castle" in Transylvania.

"The medieval Bran Castle, perched on a cliff near Brasov in mountainous central Romania, is a top tourist attraction because of its ties to Prince Vlad the Impaler, the warlord whose cruelty inspired Bram Stoker's 1897 novel, "Dracula."Legend has it that the ruthless Vlad— who earned his nickname because of the way he tortured his enemies — spent one night in the 1400s at the castle.

"The Habsburgs formally put the Bran Castle on the market Monday, a U.S.-based investment company said. No selling price was announced."

Bran Castle was built in the 14th to serve as a fortress to protect against the invading Ottoman Turks.