But not in that order. First, the trivia:

I made a mistake previously when I posted that the blog has had over 13,000 hits in its first year.

I have two counters, both set to "invisible." (I was afraid at first that my stats would always remain embarrassingly trivial.) The second counter (Site Meter) gives me info in more categories than the first (Amazing Counters). However, I started using Site Meter months later; the accurate number of hits in the first year amounts to well over 15,000!

And the blog's fame is spreading. On the day of the first anniversary of TDSH, I got my first hit from Russia! And in the first week of my blog's second year I've now gotten hits from Egypt, Estonia, Greece, Hungary, Iceland, Israel, South Korea, Switzerland and Taiwan!

This can't all be explained by people merely tripping over The Drunken Severed Head accidentally. (Though as a severed head who lays around a lot, I do wind up tripping folks.) No, it shows that there's an appalling lack of sense and mental hygiene in more people, and in more places, than I ever thought possible. Yaaaaay!

Now, the tips, for those of you who may be judgmentally-challenged, like someone I know who I'm very close to. You might say I couldn't be any closer to this guy.

BE CAREFUL WITH EACH OF THE FOLLOWING ITEMS-- THE DRUNKEN SEVERED HEAD KNOWS WHAT HE IS TALKING ABOUT!

Do not buy the item below and leave it near a bathroom sink. It can be mistaken for a tube of toothpaste, with unfortunate results.

Do not eat the wafer below, which comes in an individual cellophane wrapper. It is not a shortbread cookie or freebie from the Girl Scouts. It is a dog treat sample your wife brought home* and left out. 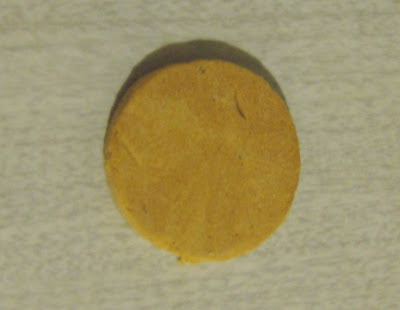 These small, sticky, soft brains are not gummi-style candies. They are small, flavorless, plastic TOYS meant to be thrown at walls. They are definitely not meant to be chewed on and then spat out instinctively, hitting a wall. 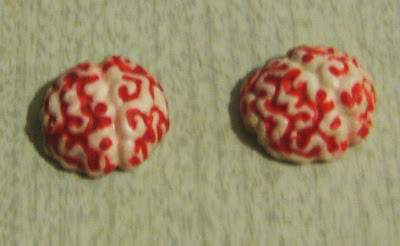 The product below is a gyp. It contains no breakfast snack made from mutant feet. 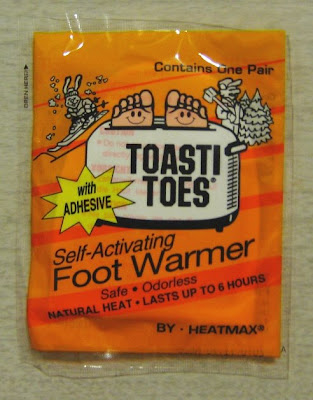 I feel better now that I know TDSH readers are more prepared for some of life's small dangers.


* I'm, uh, speaking hypothetically here-- not that I could do anything like eat pet food. Noooo.

I dunno, I bet that first aid ointment would help get your teeth pearly white!

I for one love reading your blog. It makes me happy. ;) (It really does tho) I found it through voting in the Rondo awards this year. I was voting for the host of the local horror-host show; Monster Creature Feature's Ormon Grimsby. I decided to check out some of the blogs and from the ones I looked at (not all of them, but) yours was the best and the one I like to check everyday if I can.

You know how to get rid of that doggie-biscuit aftertaste, don't you?

Drink water out of the toilet.

I suppose everyone has "family legends"... usually embarassing stories that are told at parties and dinners... one of ours is that my grandfather once mistook his tube of Brylcream for toothpaste, back when greased down hair was in vogue. You certainly have surpassed and exceeded his infamous blunder across the board. Congrats!