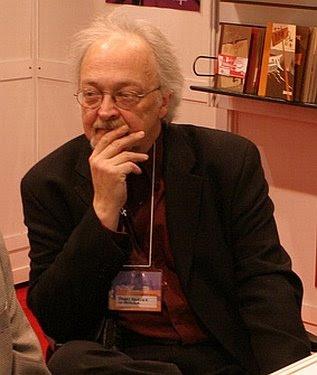 One of the very best friends to this blog has been my good friend Pierre Fournier, the man behind the well-respected and fun blog/site Frankensteinia. So today, when I found out that Pierre has been announced as an inductee into the Canadian Comic Book Creator Hall of Fame for 2008, I quickly had to post the happy news (even though my right prosthetic robot arm is having some trouble-- back to see my mad scientist!) Pierre will be given the Joe Shuster Award, named after the Canadian-born co-creator of Superman. The official announcement can be found here.

At a website about Canadian comic book superheroes called Guardians of the North, Pierre's creation of "Capitaine Kebec" is spotlighted prominently; an entry on the character can be found here.

Their bio for Pierre can be found here-- do read it.

More links can be found here (in French) and here
(in English).

Pierre is also known for his characters Michel Risque and Red Ketchup (seen below). His publisher has launched a dedicated Red Ketchup site, which he writes. It’s in French, but non-Francophones can see the book covers and sample art (by Pierre's friend and collaborator Réal Godbout). The site is still new and expanding, and it will grow with every book published (#2 coming out in August): 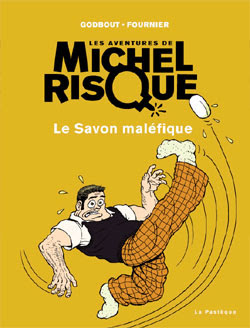 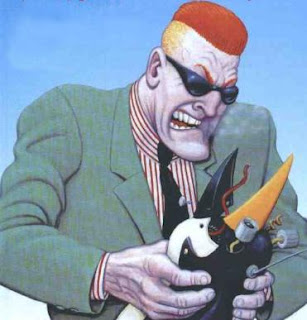 Oddly, Pierre's Wikipedia page seems to have been removed, but I saved a screen capture: 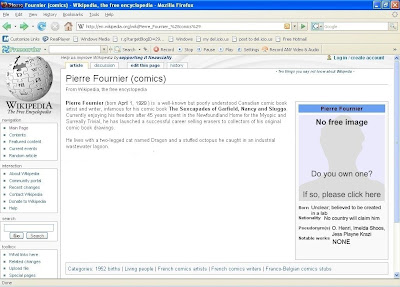 Thanks for the heads-up, Max.

Salut, for a well-deserved honor, Pierre!

Aw, ya needed to lose a few pounds anyway!