Random images and Rondo voting (two great tastes in one!)

Hello, insomniacs! Just wanted to post the news that Rondo ballots cast through TODAY- SUNDAY MAR. 22nd-- will be counted. From the CHFB; "We'll still accept stray ballots as we finalize the tally today."

So vote if you haven't! And just to keep from being a total noodge and self-serving nag, I'm sharing some random photos I find hiding on my hard drive. We'll start with a classic pic of a smokin' hot Janet Leigh: 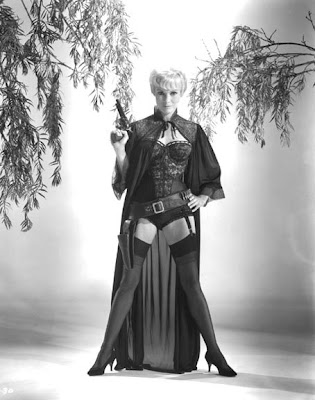 Too bad SHE didn't face down Michael Myers! WOW! 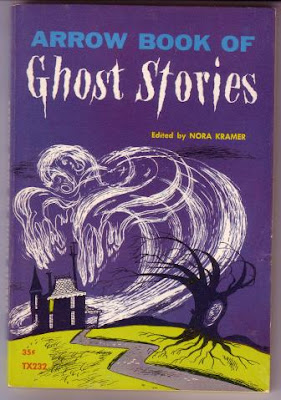 Ah, a paperback from when I was a kid! Nice spooky image. 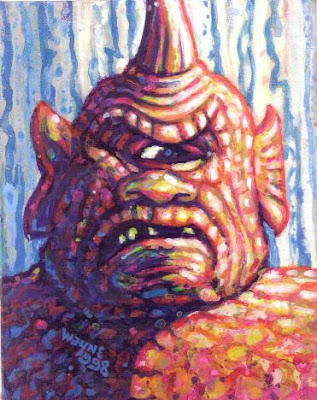 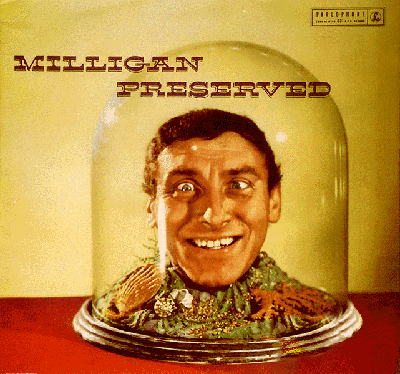 A classic funny severed head gag for a record sleeve! (That's Spike Milligan of the English comedy troupe, The Goons.) 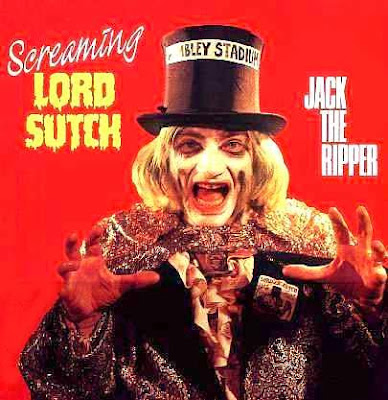 Late horror rocker Screamin' Lord Sutch as he appeared on a Belgian LP!

And last, art by a woman in St. Louis whose name I can't remember! 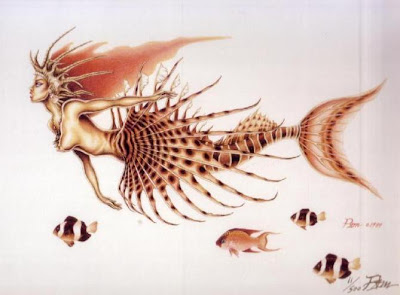 Now off to catch some sleep. (That is, if I can! I'll be on pins and needles until the Rondos are announced!)
Posted by Max the drunken severed head at 1:54:00 AM

Is there no depth to which you will sink to pander for votes; everyone knows they should vote for me, of course, at Zombos Closet of Horror, you silly ninny.

Well, Max. Soon the suspense will be over. Win, or lose, I'm sure we'll never hear the end of it.

Comments by a pair of Johns!
Well, I have a royal flush, which beats that!