Vampire news on Friday the 13th!

I was lucky on Friday the 13th! First thing today, after I got up, I read about a "vampire's grave" as the top news item!

Seems that in Europe centuries ago, plague victims would be buried in mass graves; when more victims died, the graves would be reopened for more burials. Sometimes people at the burials would see that the more recent dead had become discolored corpses with distended bellies, and with blood oozing from their mouths. The witnesses believed these bodies had become vampires. They would shove a brick into the corpse's mouth to prevent "the vampire" from feeding. (Like that makes sense--the vampire can dig his way outta the ground, but can't remove a brick from its mouth?)

In what may be the first known "vampire grave" opened up in modern times, a skeleton with a brick in its mouth has been found. Read about here and here. 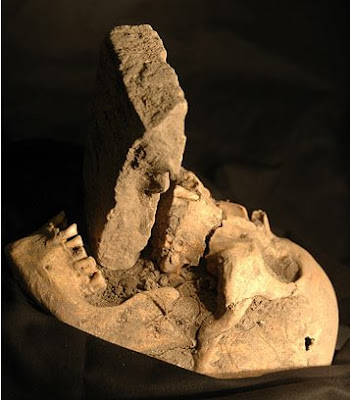 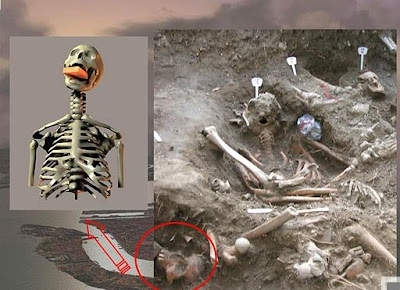 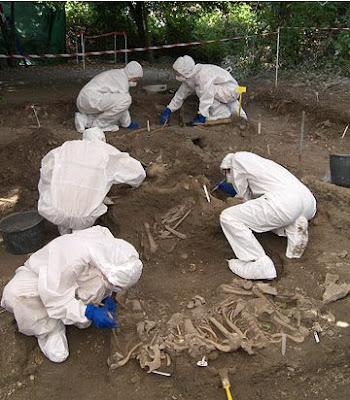 The grave's discoverer, Dr. Matteo Borrini of the University of Florence (looks like the Italian Indiana Jones!): 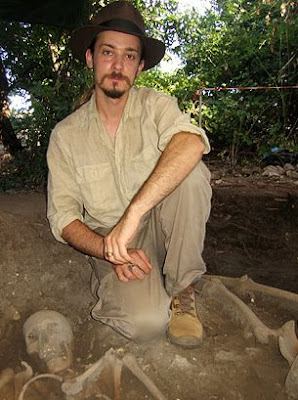 how cool of a job would that be? the one article says something about a guy at wichita state who's already found similar skeletons. do you know anything more about that?

From personal experience, I can attest that yes, indeed, holding a brick between your teeth does prevent you from feeding.

(pulls brick from mouth) Diane, I haven't seen anything else about prior discoveries of "vampire graves." Sorry! I'd like to find out more myself.