At the recent Edinburgh Festival Fringe (the world's largest festival), 9 "comedy critics" sat through a joke competition that featured thousands of entrants, according to the BBC. The judges chose 27 jokes, and viewers of the British TV channel Dave picked the top 10. The top five seemed worth sharing here--they touched on costumes, murder, and death. I like them all, but the fifth one is my favorite!

1. Dan Antopolski - "Hedgehogs - why can't they just share the hedge?"

3. Sarah Millican - "I had my boobs measured and bought a new bra. Now I call them Joe Cocker and Jennifer Warnes because they're up where they belong."

4. Zoe Lyons - "I went on a girls' night out recently. The invitation said 'dress to kill'. I went as Rose West."

5. Jack Whitehall - "I'm sure wherever my dad is; he's looking down on us. He's not dead, just very condescending." 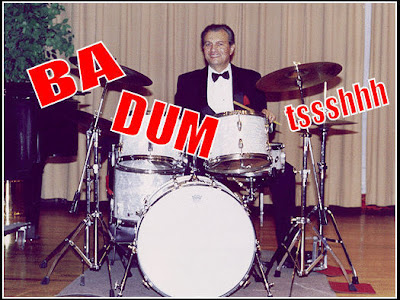