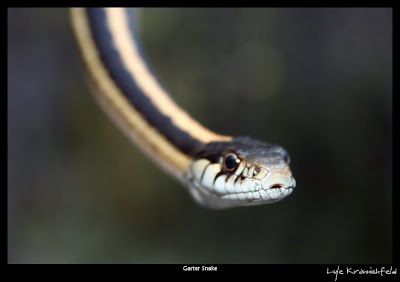 We nearly have the necessary 10 entrants in the "Name My Snake" contest here at TDSH that I posted about a week ago.

Because the competition to name my new pet is doing so well, and just to get more entries from more people I'm going to UP THE ANTE, prize-wise. The winner who will be determined by a combination of judgment by me, a horror film celebrity judge and a poll among TDSH readers, just like on TV!! The winner will get not five dollars, but five dollars and two cents--because I always like to stick my "two cents" in! These will be pre-2009 Lincoln pennies, guaranteed to be worth MORE than two cents one day, as the penny's design has been changed in 2009. AND the winner will get a free dvd copy of The Drunken Severed Head Show, the only 10 minute film release complete with commentaries, deleted scenes, and a stills gallery!

And some cheap horror trinket of my choice.

HOLY SHITZU, dawg, what a deal! AND you get your picture posted here! ASTOUNDING!

One fact about the snake that I didn't mention before is...it's a one-eyed snake.

Oh, I know you think I'm just setting up a bad joke--which so often do--but, no, it's the truth. It's blind in one eye.

Okay, here are the entries so far--

So if YOU haven't e-mailed me YOUR entry, or left the name in a comment here, you have a brief period to do so--so take a flying leap at enriching yourself materially and increasing your sense of self-worth today!!
Posted by Max the drunken severed head at 4:33:00 AM

Medusa for a snake name. - Bill sharp aka CreepysFan

a one eyed snake named Trowser. why not?

I love all the suggestions for names, and they will get voted on.

And a special thanks to Anonymous! (You sure have written a lot1)