Frankensteinia is the internet's premier site for information and commentary on all things related to Mary Shelley's Frankenstein. It's the blog of comic artist and writer Pierre Fournier .

Today, with pleasure, I feature a monster reminiscence by Pierre. 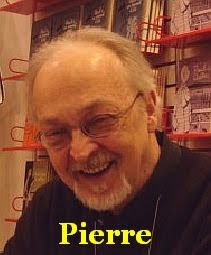 My Career As a Monster Maker

I was a first generation Monster Kid, hooked on monsters. I was raised on Shock Theater and Famous Monsters magazine, Aurora kits, the whole deal, and I was fascinated with special effects and monster makeups.

I would read up on and study makeup effects. I sent away for Dick Smith’s how-to magazine published by FM’s Warren Publications. I bought collodion and perfected my scar technique. I got some liquid latex, a thick, brownish-red substance with a sickly-sweet smell, and made some decent skullcaps and simple appliances. I even found a way to color the latex by mixing a few drops of it with acrylic paint. I experimented with grease paint, crepe hair and spirit gum.

One day, I found a formula for “plasticine”. Using flour, water, baking soda — I forget the exact recipe — you got a type of dough that could be sculpted, and it would harden as it dried. It wasn’t really any good as a substitute for clay or plasticine, but fooling around with it, I discovered that a freshly mixed batch was sticky enough to apply to your face, and if you worked quickly enough, you could shape it and give yourself a deformed monster face. 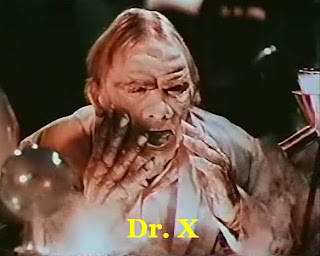 It was a lot like the character in Doctor X who slathers goop on his face, mumbling “Synthetic flesssssh!!!”. Best of all, gravity and the heat from your face would cause the false face to droop slowly, as if it was melting!

So one Halloween evening, in my mid-teens, I was hanging out with two pals and we decided to pull a joke on a friend of ours. I mixed a batch of goop and slapped it on. I remember my pals reacting wildly to my appearance. The mixture was a dull white, giving me a puffed, deathly pale complexion, and it sagged slowly, right on cue, turning me into The Boy With The Melting Face. I completed the effect with a pair of thick white gardening gloves. I stuffed some cotton into the fingers giving myself big knobby knuckles.

We headed out, using the back alleys, staying away from the busy sidewalks, and we walked a couple of block to our friend’s place. When he answered the doorbell, my pals stepped aside, revealing me, standing in the moonlight. Our friend was properly startled, as planned, we all had a laugh about it, and then we headed back to the apartment so I could pull the stuff off. That’s when it got interesting…

Cutting back through the alleyway, there was a garbage truck making the rounds. Just as we walked by, a garbage man came around the truck and face to face with me. It was very dark and there I was, a kid with a pale, bloated, melting face. The man froze, his eyes bulged, his knees buckled, and he literally jumped back, swearing loudly. I just kept going and, as we walked away, we could hear the guy jabbering excitedly with his partner. “Did you see THAT?? Did you see HIS FACE? It’s a monster!” he said. “A MONSTER!!!”

We got home and before I pulled the stuff off and washed my face, I got a good look at myself in a mirror and, yeah, it was better than I had hoped for. My “face” was sickly and swollen, with droopy eyes, something like Leo G. Carroll in TARANTULA. Boy, it was really nasty looking.

And that was my career as a Monster Maker. Years later, some of what I had learned was useful when I fell for a season with a professional theatrical troupe, building props and helping with wigs. Eventually, I gave away my makeup books and I went into illustration and comics. 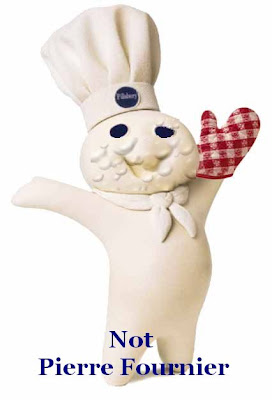