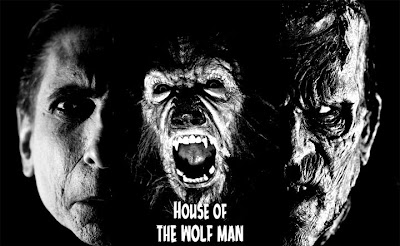 Just the other day, I posted my review of the new indie film House of the Wolf Man.

The Midwest premiere was held last month at The Ligonier Theater, home of Ligonier, Pennsylvania's community theater troupe, Valley Players of Ligonier. It was a nicely restored old showcase cinema, set near a charming town square that's right out of Back to the Future.

But I digress. The VQ and I were at the event, which was a lot of fun. We took pictures, natch. So here's the visuals to go with the film review.

The security guards outside were kinda rough looking and intimidating--especially the green guy in the back, although he was nice to little kids who came up: 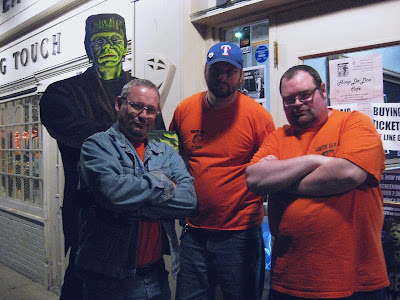 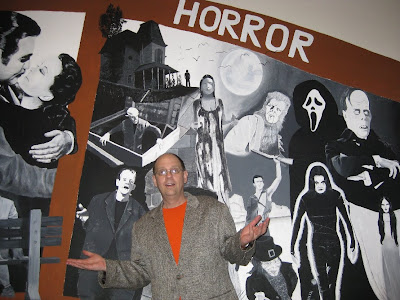 Paisley, daughter of the Adams Monster and fan of Creature From the Black Lagoon, was her usual charming self: 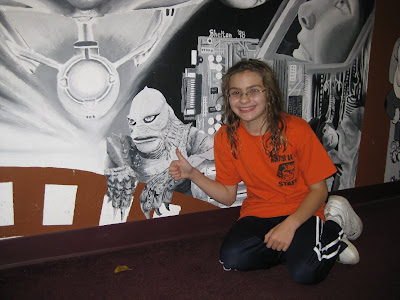 The event was well attended. But these patrons couldn't tell if they were coming or going: 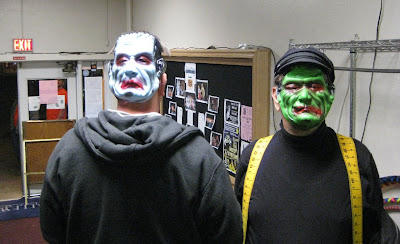 Once inside the lobby, great gals Ursula Adams (Ron's better half) and Monster Bash staff member Barb Heiss were there to lend a hand at the snack bar: 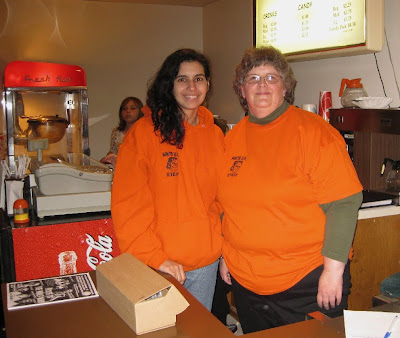 Inside the theater auditorium itself were two old phantasmagoric art works, plus a creepy looking tragedy mask, all of which lent atmosphere to the event: 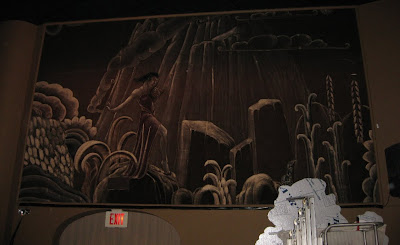 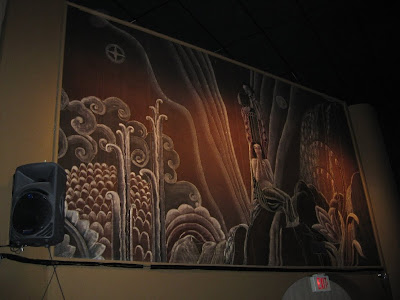 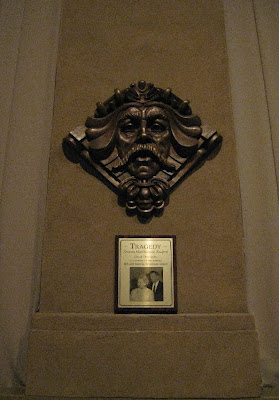 It was nice to see singer Mark Statler in attendance--his latest CD I recently reviewed here: 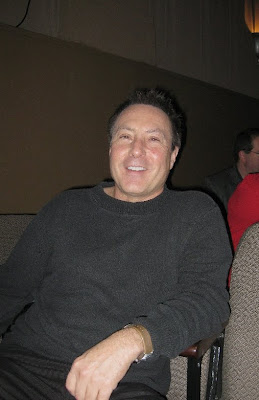 There was a thrilling preview for Monster Bash 2010, and these attendees were clearly startled and delighted by it: 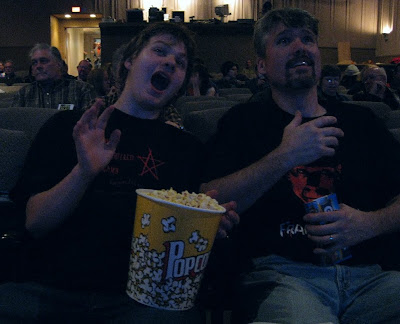 Executive Producer and HOTWM actor (as creepy mute butler "Barlow") John McGarr was there to introduce the film. Here he is as he was seen in the film: 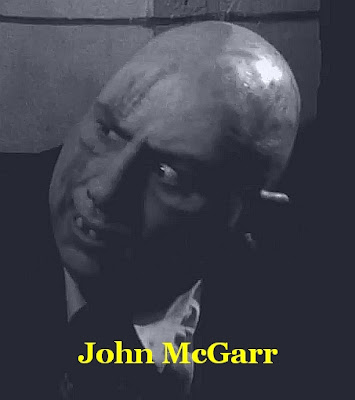 And as he appeared at the screening: 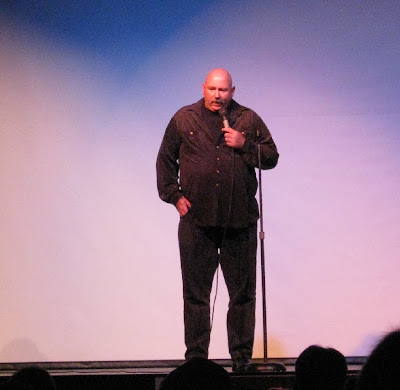 Uh-oh! When he finds out the Drunken Severed Head is in the house, he summons security to escort it (I mean, me) OUT! 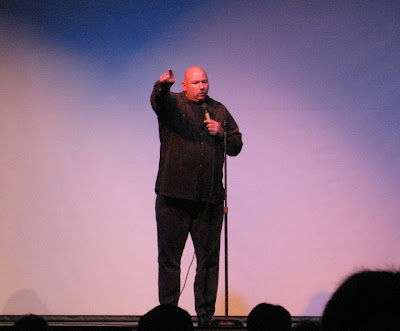 No, I kid, I kid. I think he just acknowledging the work of Ron Adams in bringing fans of old horror films together in this photo.

Well, that's all the photos, but you can see a cute 1960s-style faux "toy commercial" for House of the Wolf Man action figures here. I'd buy 'em if they were for sale!

An afterthought: After I first posted, it occurred to me that the initials of the movie--HOT WM-- can be found in classified ads in alternative papers all over the nation!


Image source for top photo and pic of McGarr as Barlow found here.
Posted by Max the drunken severed head at 2:30:00 AM

Great pics Max, thanks for sharing. Looks like everyone had a hoot!
best,
r/e

Why, we were practically a room fulla owls!