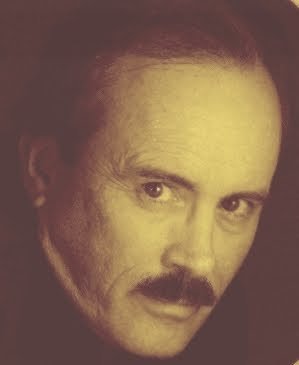 Some interesting news just sent to me--

Jeffrey Combs, star of the cult films Re-Animator, From Beyond and others, will be playing Edgar Allan Poe in a one-man show in Baltimore in January!

Actor Mark Redfield sends this press release that I am happy to share:

The performance is 90 minutes without intermission. Children under 9 years not allowed.

Tickets are $35.00 (Order your tickets at www.poebicentennial.com). Tickets are transferable, but not refundable.

Celebrate Poe’s birthday with us this January as we go beyond the bicentennial and present this astounding tour de force! You’ve heard about this remarkable one-man show and your friends who have seen it agree with the LA Times, calling Jeffrey Combs work “a landmark performance”!

Stay after the performance for our famous Birthday toast to Poe, and an after-show discussion with star Jeffrey Combs and director Stuart Gordon, moderated by Mark Redfield. 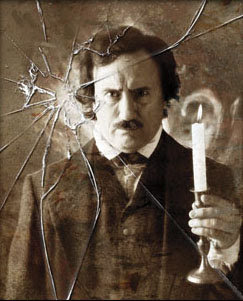 About the play: "NEVERMORE, An Evening with Edgar Allan Poe" debuted in Los Angeles at the Steve Allen Theater on July, 2009. Sold-out houses and multiple extensions brought the run in Los Angeles to a close on December 19, 2009. Hundreds of fans have seen the show and raved about Jeffrey Combs portrayal of Edgar Allan Poe.

"NEVERMORE, An Evening With Edgar Allan Poe" recreates the public recitals that Poe presented during the last few years of his life. This is Poe in his own words. The text is taken from his letters and essays.

ABOUT JEFFREY COMBS : Combs has appeared in over 75 stage productions during his long and successful career. He has performed at numerous theaters including the Old Globe, the Mark Taper Forum, South Coast Repertory, Pacific Conservatory of the Performing Arts and the Arizona Theatre Company.

He has starred in over 50 films and is perhaps best known for his portrayal of Herbert West in the cult classic RE-ANIMATOR. He also starred in FROM BEYOND, LOVE & A .45, the recent remake of HOUSE ON HAUNTED HILL and Peter Jackson’s THE FRIGHTENERS among many others.

Over the span of his career, Jeffrey has also guest starred on many TV series including THE 4400, COLD CASE, and CSI. He appeared in almost 50 episodes as three different recurring roles within the STAR TREK franchise. He has also portrayed Poe on film in Stuart Gordon’s THE BLACK CAT, a highly acclaimed episode of Showtime’s MASTERS OF HORROR series.

ABOUT DENNIS PAOLI (playwright): Paoli has written screenplays and plays, many of them adaptations of the works of H.P. Lovecraft and Edgar Allan Poe (RE-ANIMATOR, THE PIT AND THE PENDULUM) many of them collaborations with many other writers (BEACH BUMS, BODYSNATCHERS), most of those with Stuart Gordon (DREAMS IN THE WITCH-HOUSE, THE BLACK CAT, FROM BEYOND). He teaches Gothic fiction (among other literature) and academic writing at Hunter College in New York City, and is Director of the Heidi Paoli Fund, to support cancer patients.

ABOUT STUART GORDON (director): Gordon has been collaborating with writer Dennis Paoli since their high school comedy group called The Human Race hit the boards nearly 50 years ago and with actor Jeffrey Combs since they joined forces on the cult film RE-ANIMATOR almost 25 years ago. In 1969 Gordon and his wife Carolyn founded Chicago’s Organic Theater Company, where as artistic director he produced and directed over 35 original plays. These included the science fiction trilogy WARP which was performed on Broadway, the world premiere of David Mamet’s SEXUAL PERVERSITY IN CHICAGO, and POE, his first exploration of the life and works of the tormented writer.

Stuart Gordon is also known for his film adaptations of the works of H.P. Lovecraft which include FROM BEYOND and DAGON; as the co-creator of Disney’s HONEY, I SHRUNK THE KIDS and as the director of EDMUND, the film adaptation of David Mamet’s play.

Order your tickets NOW at www.poebicentennial.com !
Posted by Max the drunken severed head at 8:02:00 PM

They're playing this show again four more times in mid-December at the North Coast Repertory Theatre in the San Diego/Solana Beach area. It was phenomenal a few weeks ago at Weekend of Horrors.