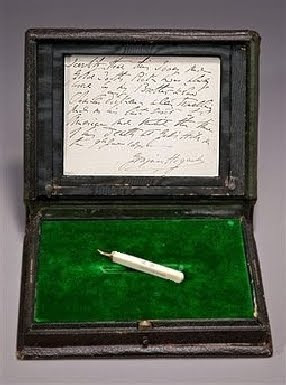 Did you see this strange news item from the Associated Press?

"NEW YORK – An ivory and gold toothpick once owned by Charles Dickens has sold at a New York City auction for $9,150....

"The toothpick is engraved with the author's initials and has a retracting mechanism.

"An authentication letter from sister-in-law Georgina Hogarth says the British writer of A Christmas Carol and Oliver Twist used the toothpick 'when travelling and on his last visit to America.'"

It fetched far more than auction house Bonham's pre-sale estimate of $3000 to $5000. Guess you'd say it bested their great expectation! 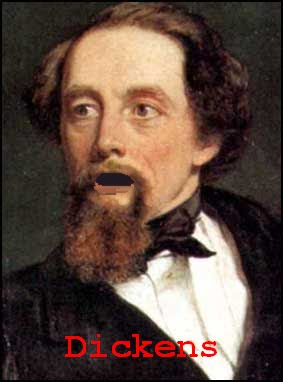 *Especially if they were still in his skull.