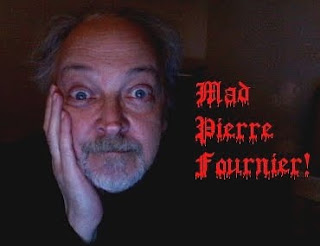 Some time back, I bet comic book artist/writer and eminent doctor of monsterology Pierre Fournier of Frankensteinia that he couldn't compose a meaningful post on the subject "The Toenails of Frankenstein." (Although he'd managed to write about other seemingly unrelated or trivial subjects and connect them to Frankenstein in a meaningful, interesting way.) We were both laughing it up and I thought that Pierre wouldn't take the bait. But to my utter surprise, he said he'd do it sometime.

In fact, I thought he sounded (in between chuckles and snorts) just a wee bit cocky about it. Not that Pierre is immodest, but... 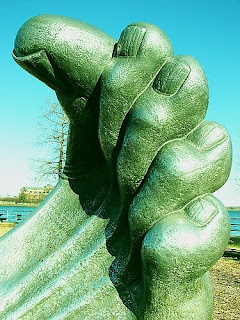 Yeah, yeah, I thought. SURE you will!

Enough time went by that I got comfortably smug about it. I even taunted Pierre!

Y'know, Pierre reminds me of science historian and television host James Burke. Burke hosted one of my favorite programs, Connections, which entertainingly and impressively connected seemingly disparate historical events. Like Burke, Pierre is noted for his breadth of knowledge, quiet enthusiasm, dry good humor, and intelligence. I salute him. Being a severed head, that means I stick my tongue out at him.

P.S. I was gonna end my post with my salute comment, but I just got a photo from Pierre in my e-mail that I hafta add: 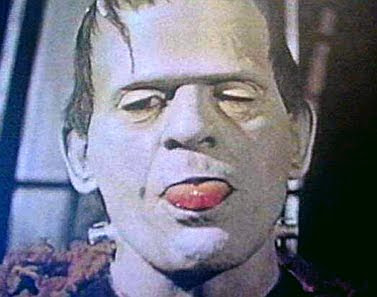 Original image of statue foot found at jcolman's Flickr photos, a detail of sculpture "The Awakening."
Posted by Max the drunken severed head at 1:20:00 AM