Yesterday was St. Patrick's Day, which in this country is mainly celebrated as an excuse to wear green and drink. For the latter reason, you'd think I'd have mentioned it here at TDSH!

But yesterday I was hijacked by drunken parade revelers, then liquored up and stuck on a fake pot of gold outside a Hooters restaurant, a green derby jammed on my head.

So I thought about leprechauns a lot, when I wasn't thinking of the waitresses inside. The week of St. Patrick's Day is when you see lots of images of Ireland's immortal "little people." It seemed an odd coincidence, then, to hear that the littlest of the "little people" (as folks formerly called "midgets" and "dwarfs" are now usually referred to, ironically conflating them with imaginary beings) had passed away just a few days before.

He Pingping, that Guinness World's record holder for small stature, (only 2 feet, 6 inches tall!) wasn't Irish, though, but Chinese.

Here are some photos of He with some of the world's tallest people. Here he is with Guinness Book record holder for "tallest man," Sultan Kosen of Turkey: 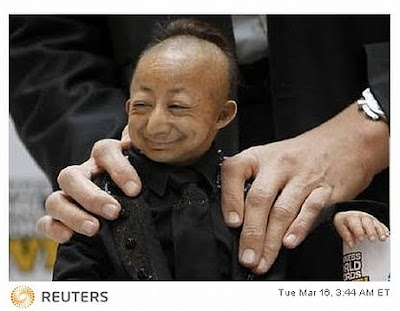 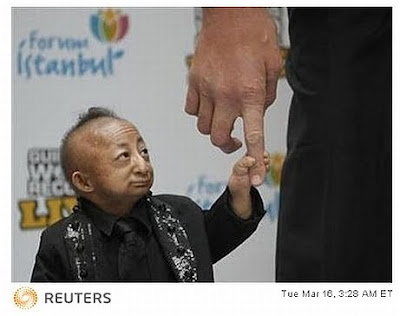 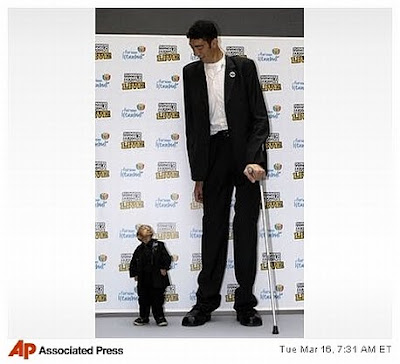 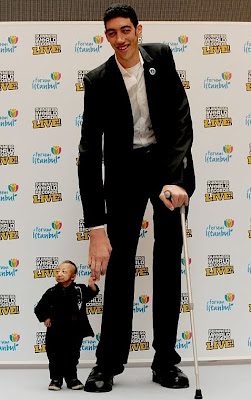 And here with Svetlana Pankratova of Russia, the record holder for longest legs: 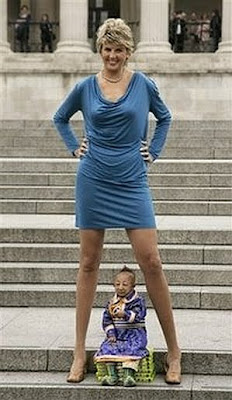 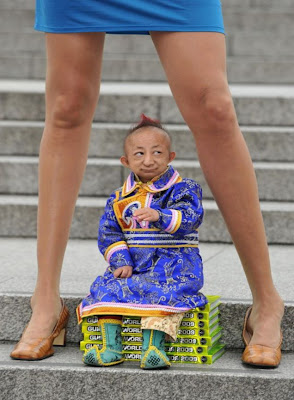 I wonder if he's humming to himself a certain Z. Z. Top song here.

And here is He (here he is!) with his friend Bao Xishun, once the record holder for tallest man. Like He, he is also from the Inner Mongolia region of China: 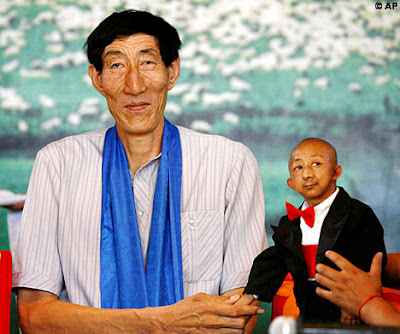 Mr. Pingping traveled around the world, and passed away while visiting Italy. Sadly, he was only in his twenties.

long live little people, thanks for the sad news...