This is a post I don't want to have to make, but one of the mainstays of the comics world, and someone whose work was part of my childhood, died yesterday at age 77, about the age of my dad. Dick Giordano was a legendary artist and editor at Charlton Comics and DC Comics in the 1960s and 1970s, and his work at DC was large part of my comic book experiences when I was first getting into comic books. I'm sorry to hear he has passed on.

Giordano was an influential figure, helping to launch the comic book careers of artists and writers like John Byrne, Jim Aparo, Denny O'Neil, and Steve Skeates. He steadily rose up the editorial ladder at DC, until in 1983 he became Vice President/Executive Editor, a position he held for ten years. He also helped initiate the practice of paying comic artists and writers royalties based on comic book sales. 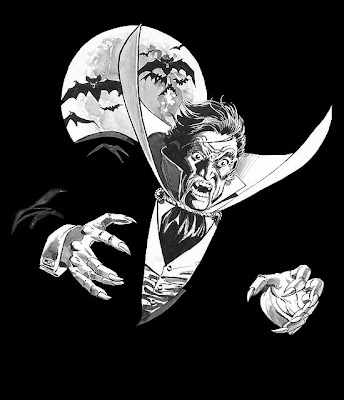 Read an interview where Giordano discusses changes in the industry during his career here at the blog 20th Century Canny Boy, where I got the image above.

Here's a Giordano self portrait I borrowed from this page of the official Dick Giordano website: 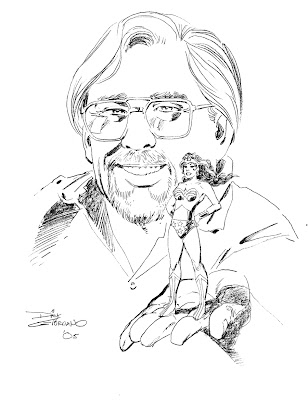 Read why Giordano wrote columns for DC for free, and why he always resisted being titled "editor-in-chief" while there at this link to an interview with the artist.

This Giordano-inked panel comes from DCcomics.com: 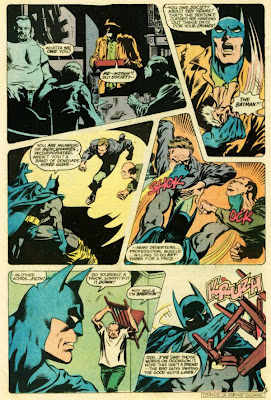 And this one that he pencilled is from Comic Book Resources: 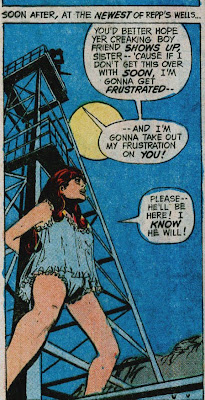 The 1973 Batman cover below was inked and possibly pencilled by Giordano. It has his initials only, but comicbookdb credits the art solely to Nick Cardy; image source mycomicshop.com: 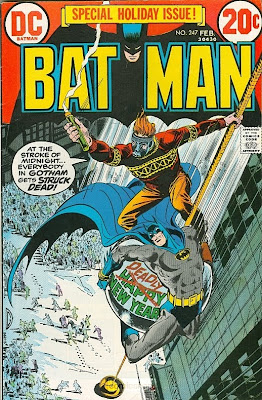 By accounts a very nice guy and well-liked in the industry, he will be missed.

Additional sources: Wikipedia, Newsarama, and the Classic Horror Film Board.

Thanks for your comment. I was mistaken. But-- according to an eBay seller's description, the pencils were by Irv Novick, Giordano inked the story. I've corrected the error.

That Irv Novick was the artist is confirmed by the Big Comic Book DataBase.

Again, thanks for alerting me to the error I made.

I can vouch for those “nice guy” accounts. Way back in 1973, I installed the very first exhibit of Quebec comics shown beyond our borders at the New York Comicon (thanks to that other nice guy, Phil Seuling). A small group of us Quebec cartoonists spent the long July 4 weekend in our exhibition room watching people wander in and out. One afternoon, Dick Giordano came in, and he patiently examined every piece on display. He was genuinely interested and he asked a ton of questions. Then he sat down with us and we chatted for an hour or so. He appreciated comics that were not necessarily superhero-centric, and he was very knowledgeable about international comics. He was generous with compliments, constructive criticism and advice.

I never met him again, but I have remained very fond of him and forever grateful for his interest and encouragement. Yes, Dick Giordano was a very, very nice man.

My heart goes out to his family and friends.

Thanks very much, my friend, for sharing that remembrance of Dick Giordano.

Dick Giordano was a favorite of mine all through my comic book loving youth in the 70's. He was a giant influence on the genre, a captain of industry, a pillar of what made comics so great back then. I wish guys like that could live forever.

Thank you Drunken Severed Head for the excellent tribute here, I'm glad to have found it. Exceptionally well done, I salute you!

And thank you, sir, for posting a comment. Nice to see appreciation for one of comics' best.