Back from HORROR REALM: Preview 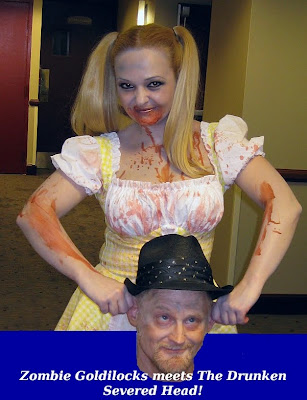 Here are a few images from this past weekend's experiences at Horror Realm, a modern horror con here in Pittsburgh. Some of them preview what I'm working on for the Famous Monsters of Filmland website for early October. 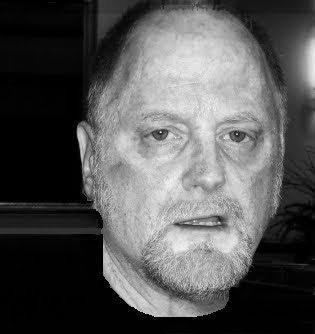 I met so many cast and crew members from Night of the Living Dead I became a zombie for a while myself! (Cons are experiments in sleep deprivation and make zombies of most attendees!) This subtle and effective creepy makeover was done by a student, Melanie, from Tom Savini's school for effects makeup.
At the Horror Realm pre-convention screening of Fulci's 1980 movie Gates of Hell I made some new friends-- 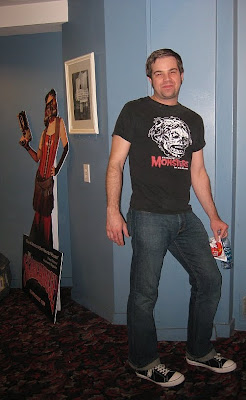 And some who were fans of Famous Monsters! (This is one Jason Martinko.) At the convention itself, I also found this FM fan: 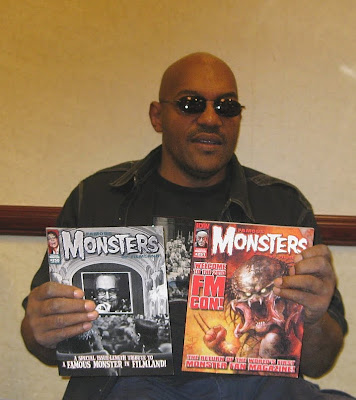 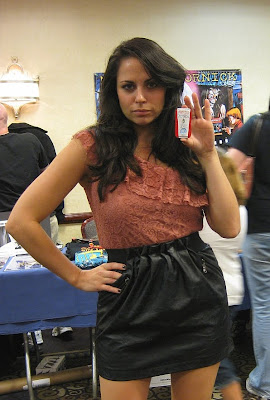 Many famous people were there. This is the lovely Ashley Williams of The Human Centipede. Affable, intelligent and gracious, she gamely let me pose her holding a tin of breath mints! 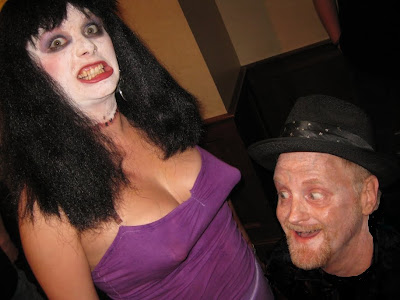 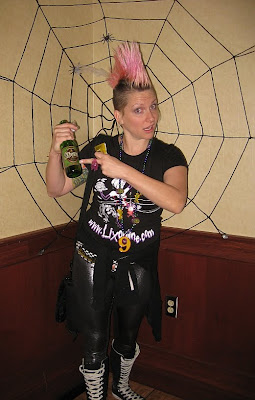 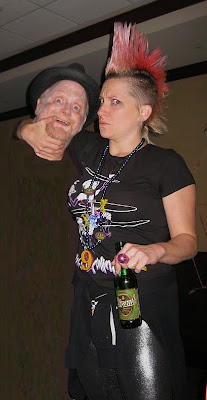 And I found many cool drinking companions... 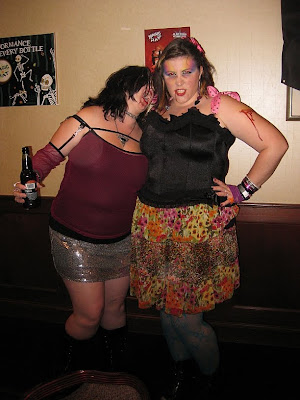 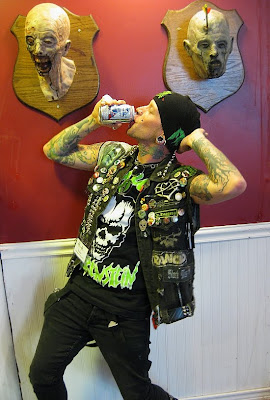 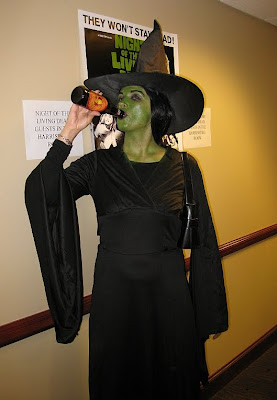 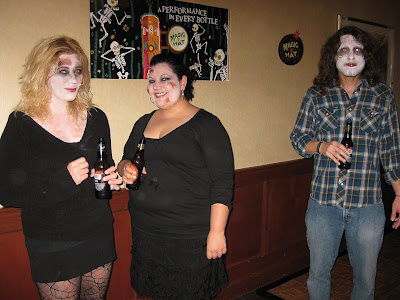 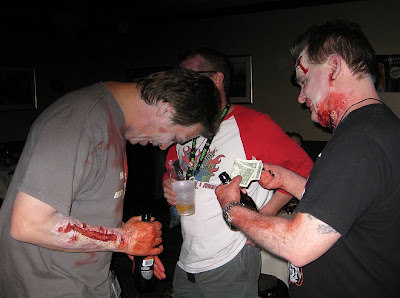 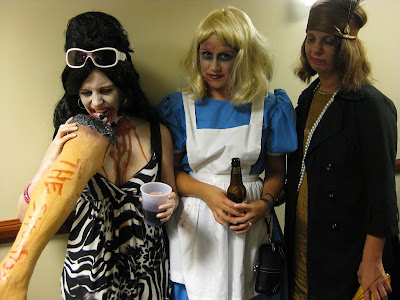 This convention was waaay more varied, fun and eventful (and SOBER) than what I've shown you her so far! But keep watching for all my latest posts and pictures at Famous Monsters of Filmland!
Posted by Max the drunken severed head at 11:39:00 PM

Looks like you had great fun!!! Thanks for all the cool pictures. One day I need to get a life so I can get out and about. Until then, thanks for sharing.

More sober than the photos? Where's the fun in that?