Why YOU should go to HORROR REALM 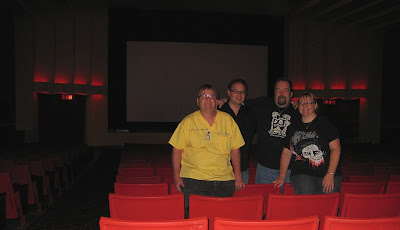 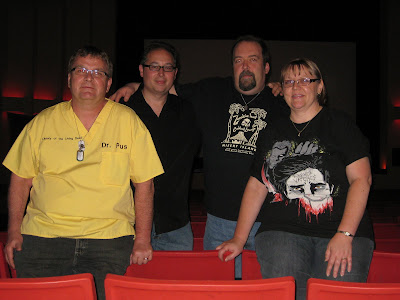 Above: The team behind the HORROR REALM con in Pittsburgh. From l-r: Mike West, Rich Dalzotto, Rodrigo Quast, and Sandi Stuhlfire.
The organizers of this weekend's HORROR REALM were asked for five reasons why horror fans should attend the event. Here they are--

3. There'll be parachuting dogs dropping in Friday! (You'll probably JUST miss them, though.)

4. Come harangue and hang with hometown horror folk like cast members from the original NIGHT OF THE LIVING DEAD, DAWN OF THE DEAD, and DAY OF THE DEAD!

And a bonus reason: SUPPORT HORROR CONS or the terrorists have won! 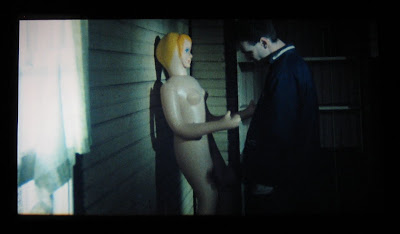 Above image from the Horror Realm screening of the 1980 Fulci zombie movie GATES OF HELL. So's this: 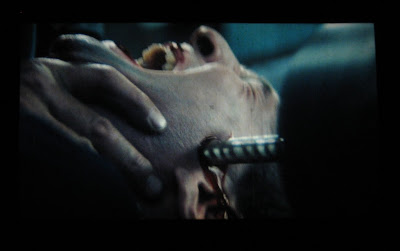 You need another weekend at home like you need a hole in the head! So come to a gathering of cool ghouls, fool! Who am I to miss parachuting dogs?
Damn, it's this weekend - guess I will miss the dogs.