As summer days grow shorter and the nights get cooler, I'm thinking over the past few months. One of the hottest I've ever experienced here in Pittsburgh, and one that also brought a number of sicknesses and setbacks. Nevertheless, there have been some real highs, like attending the Famous Monsters Convention in June and hosting some panel discussions there, and meeting old friends and new ones. I've been very remiss in posting all my photos from the con, but I'm going to make it up this week.

Today I'm posting pictures of the pulchritude I saw there. Many attendees were women of brains, beauty, charm and a great sense of humor. So I'm sharing my snaps of the superior sex-- enjoy!

Above: This lady, despite what it says on her lanyard, was NOT famous indie fear-film producer/director Charles Band-- she was with him as an assistant. I liked her a lot.

This young woman was with two friends, horror fans who frequently changed costumes and makeup. (More on them later this week.) They were enthusiastic about all types of films in the horror genre, old and new, and very pleasant to talk to.

This siren is Erin Bowden. Above, she shows her smiling pose....

And this is her smoldering pose.

This is Erin's friend, Haley Dillon. 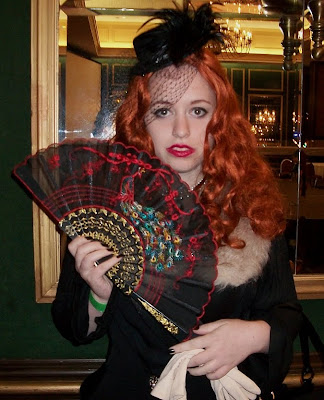 And this is Haley as Carlotta from the Lloyd-Webber Phantom of the Opera.

I didn't get the name of this corseted creepy-cutie, but I remember her as a funny person to chat with.

Did I mention I liked this gal a lot? 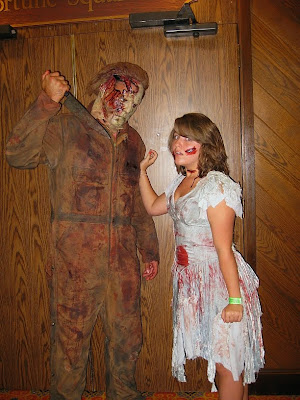 Here's a gore-geous gal with Michael Myers, who appears to have gotten the drop on her by blending in with the woodwork! 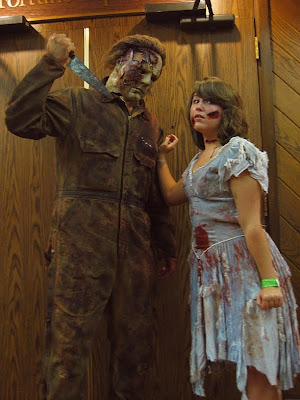 A little less light on the subject somehow throws Michael into greater relief, though his victim gets no relief at all! 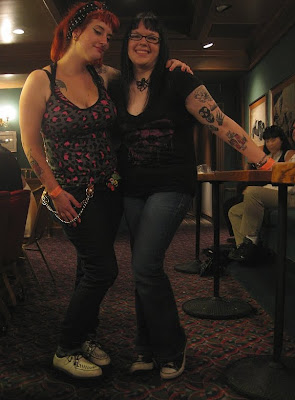 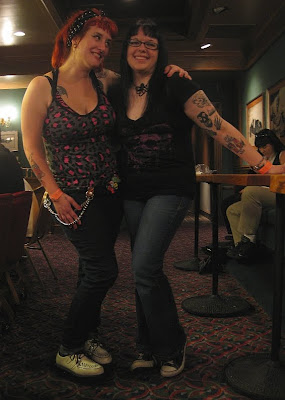 These two tattooed BFFs were not camera shy-- lucky for me! They even shared some Vampira tattoo designs: 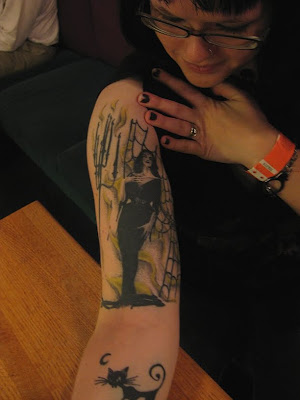 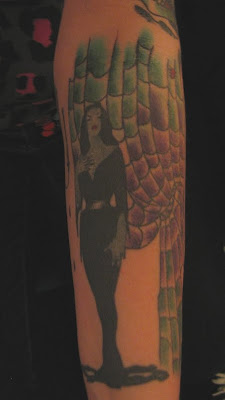 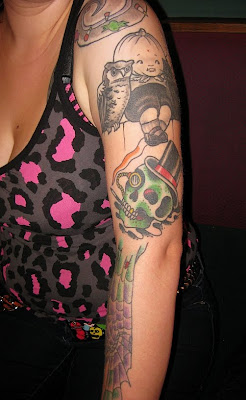 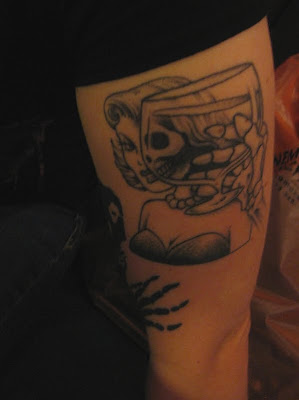 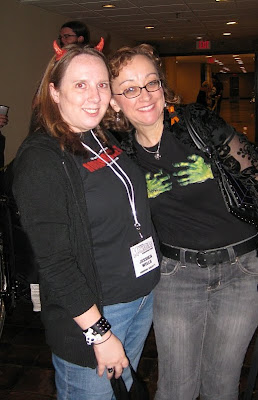 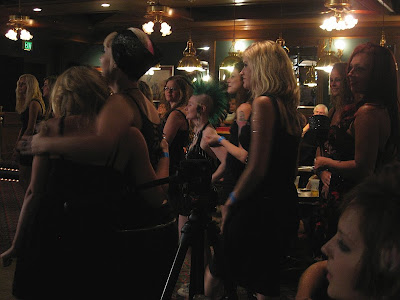 There were many beautiful women attending. Quite a number were contestants in the convention's beauty contest, such as these dudettes of dark realms. 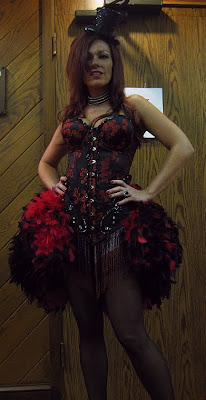 This is one of the finalists; I thought she was very striking and poised. 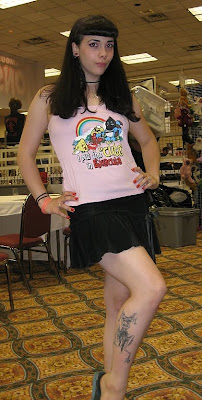 Yep, I liked this woman a lot. Did I mention that?
Posted by Max the drunken severed head at 1:07:00 AM

I get the impression Jane doesn't read your blog.

I really need to get out to more conventions...

Alex-- Yeah! I want to see you at a future con!

I see what you mean. I think it is the Bettie Paige bangs, and the intense eyes.

At least that's my story. And I'm sticking with it.

just a comment from the man-eating horses mouth. it is in fact Erin Bowden and Haley Dillon (aka: me). just a slip of the...well whatever a head types with.

Miss Dillon! Thank you for posting! I'm sorry about the name problem, and I have corrected the post.

Please feel free to comment anytime. And if you ever start a blog, I'll be the first to follow it!