I'm late in saying "farewell" to Leslie Nielsen, because I didn't want to face the fact that he was gone. As a reliable "serious" actor in films like The Poseidon Adventure and as a guest star in series like Night Gallery, Kojak, MASH, and so many others, he was part of my childhood.

When I grew up, he made me laugh in Airplane and in the The Naked Gun movies. The peak of his career and my entry into adulthood occurred at the same time. 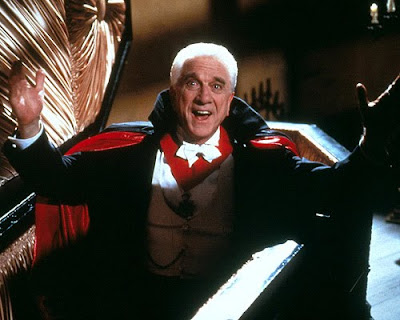 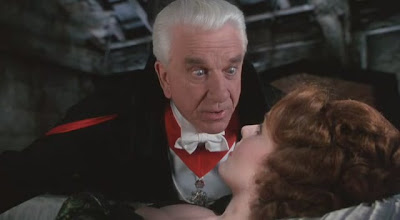 And now I'm getting older and he's dead.

But he isn't dead--more like "undead," as long as there is a remote control to operate a TV or a mouse for a computer--depending on how you watch movies and old television.

He was part of my entertainment my entire life--guess he'll continue to be.

Thanks for all the fun, Shirley.
Posted by Max the drunken severed head at 2:49:00 AM

A great blog that said it all.
This larger than life icon may be gone from this world but will carry on in our memories for a very long time.

We'll always get to enjoy his movies!