Days when you just need your clear your head of debris? 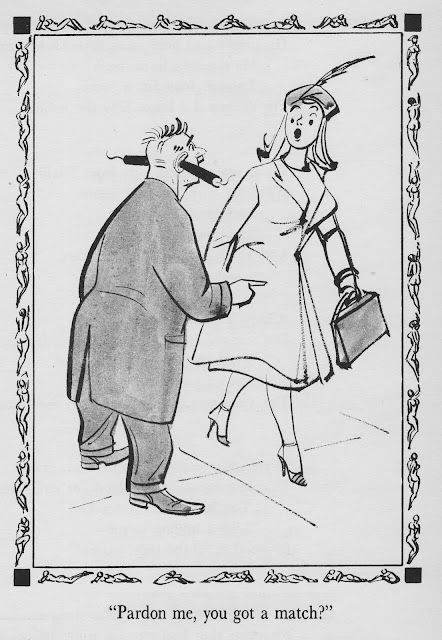 The above tnt cartoon is from the t 'n' a cartoon collection " Furthermore Over Sexteen" (1955). It appeared at a time when "sick" humor was having something of a revival; if you remember "Little Willie" jokes, you're probably a Baby Boomer. (The macabre and mordant "Little Willie" poems were actually written in the early part of the 20th century by the English poet Harry Graham, and I'm guessing they may have been a satirical response to the corny poem "Little Willie" by the saccharine American poet Eugene Field.)

This post is dedicated to my friends Pierre Fournier, Rich Shellbach, and Terry Ingram, whose calls and messages got me through a rough and depressing week plus. T'anks, tops!
Posted by Max the drunken severed head at 4:17:00 AM

:( Sorry to hear things are not as they should be....hope they get better soon.

Thanks for he links for the cartoons/poems - had not seen those...very fun!

that would make one big mess! lol.

You're not supposed to stick them in your ears...