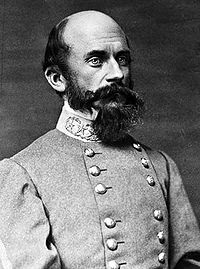 Every Thursday for weeks to come TDSH brings you three random "fun size" pieces of strange and useless knowledge!

Confederate General Richard "Baldy" Ewell sometimes believed he was a bird during the War Between the States, cheeping and eating only a small amount of wheat grain. 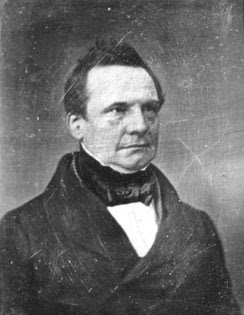 inventor of a calculating
machine and designer of an "Analytical Engine,"(a computer that was never made), once calculated the odds of a man rising from the dead to be one in 10 to the twelfth power.


When someone is very ill in the Celebes, fish hooks are attached to the sick person at various points on the body, on the theory that if the soul were to begin to escape, it would remain trapped, caught on the hooks. (Click here to see an actual photo of a fisherman with a fishhook lodged in his eye.)

Believe It or Don't! I don't care.


Sources: Useless Facts of History, Uncle John's Bathroom Reader Plunges Into the Great Lives, and The Joy of Trivia.
Posted by Max the drunken severed head at 3:45:00 AM

Hey, Max, great to see you back in action and love the new feature. I'd toyed with devoting an entire blog to something similar, but then my eyes glazed over when I realized I can barely manage the blog I have.

You're not going to believe this, but by an amazing coincidence, both Ewell and Babbage were accomplished but frustrated tap dancers. Ewell had an old injury that caused him to tap with only one foot, and Babbage couldn't indulge because, as you know, tap dancing is illegal in Great Britain. Incredible, ain't it?

John, thanks for your comments. I'm looking forward to getting your latest comic!

Pierre-- Are you casting aspersions on the veracity of my trivia ource books? Hey, two of 'em are hardbacks--so the stuff inside MUST be true.