This past Sunday the annual Pittsburgh Zombie Fest and Zombie Walk happened on World Zombie Day, and this year it took place in its new home of Station Square of downtown Pittsburgh. Thousands attended, and the majority were in costume or makeup, or were made up after arriving.

It was wonderful. If I wasn't in love with Pittsburgh before ("The zombie capital of the world" as the Fest organizers describe my town), I certainly am now.

I took SO MANY photos that I'll be sharing them for at least the next few days--maybe longer. I guarantee with these photos, if you're a zombie fan, and you weren't there, you'll wish you had been!

And, as Martha Stewart would say, "That's a good thing." Because maybe you'll attend next year--and I'll meet you! And you'll buy me a pumpkin ale! Then I'll buy you one--and back and forth we'll go!

Here, lookit dis. One of photos from the event: 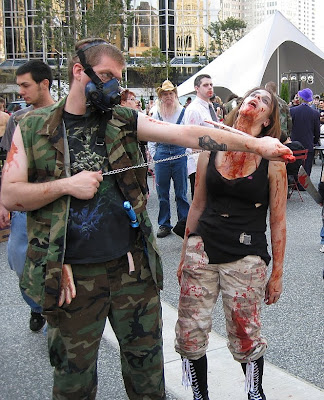 Pretty cool, right? Z-Fest fans who really got into the spirit of things. In makeup and costumes. Nice.

Oh, but that's only half the awesomeness of the scene. Here's the full photo: 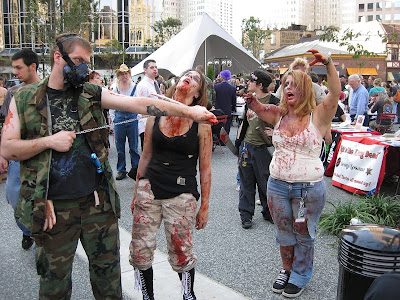 See the blonde zombie on the right? Here, look closer:

That's right--she's an amputee who had her arm stump made up to look like her arm had been ripped off. Now THAT'S doing it up right!

I wish I'd gotten her name, but we did talk a bit, and she was very pleasant. She told me that her makeup startled adults and REALLY frightened kids. I have to admit I felt kinda bad for the kids she scared, but they had their parents with them AND this event was outdoors on a sunny day, so how traumatic could it be? No, this lady made the event more memorable for both kids and adults with her flair for using life's lemons to make zombie lemonade!

This year's Zombie Fest seemed to be much more of a family draw than years past, and I really liked that. I wish my small hometown had such a thing for my parents, siblings and me when I was a kid!

Here, look at these cool horror fan families and tell me this isn't almost TOO cool for words: 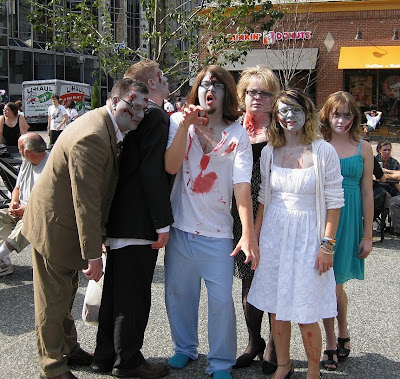 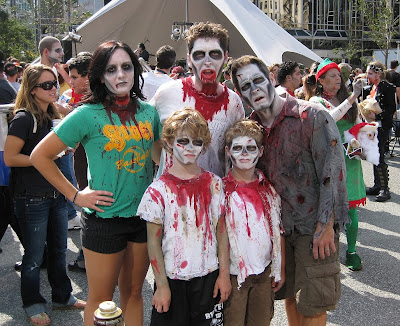 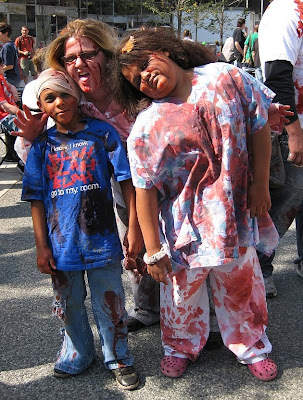 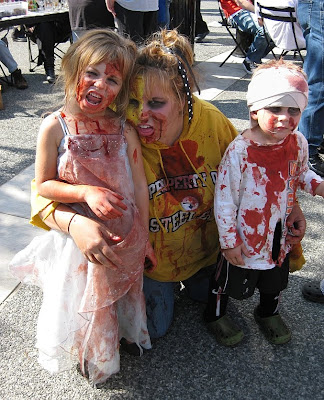 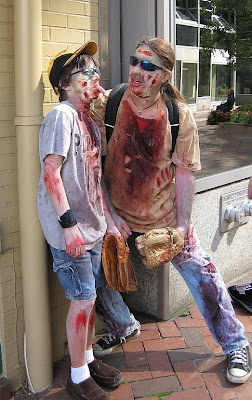 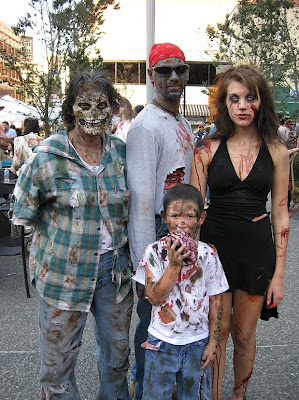 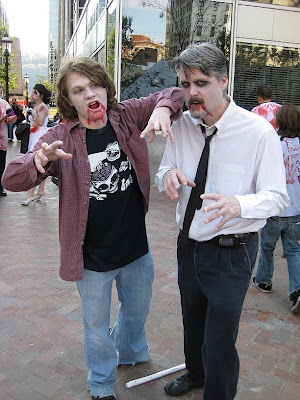 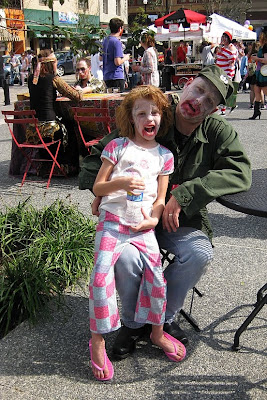 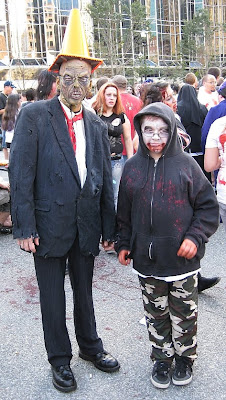 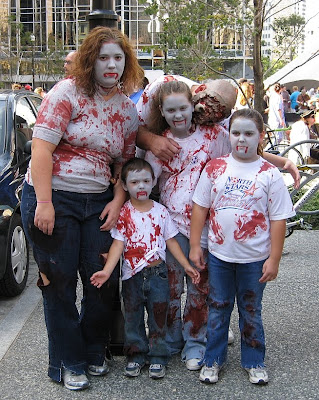 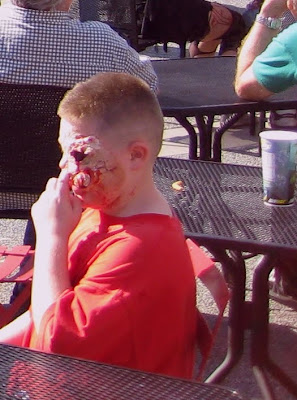 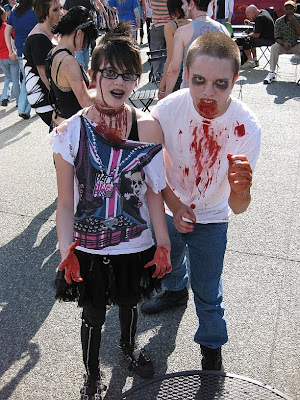 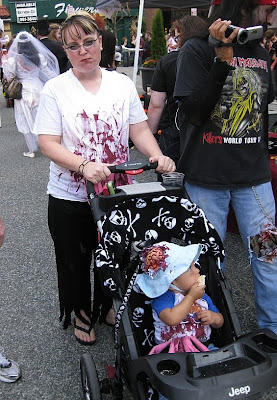 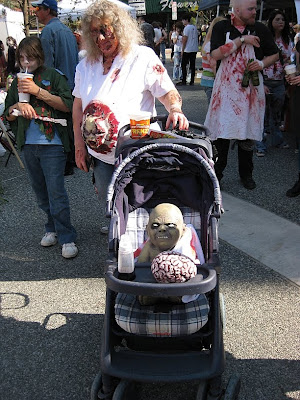 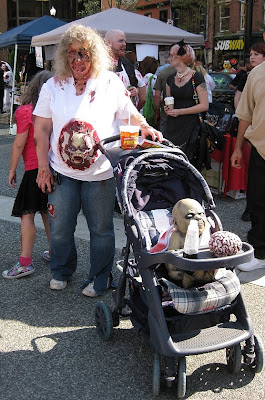 Yeah, I know--I like showing photos of zombie kids.

It's because they're the children I never had!

A variety of other Zombie Fest pictures coming!

no question bout it, the amputee chick is the shizzz. 10/10.

and wot about the baby in the stroller with the "brainz" hat? fwhoaaaaaaa!!!

yea, the undead kids we never had Max...

That is all kinds of awesome!! Thanks for sharing.

I really need to get to Pittsburgh more often!

The family that "preys" together, slays together!

In Frederick, MD, we have people that look like that all year around -- without ANY makeup!

The people in the first picture are Donald Hendricks, (myself)Brenna Hendricks, and of course our favorite one Jessica Mckaskey Holsinger. I literally just found this article today and showed it to my friend Jess. She was born without her limb and on that day she made it her mission to scare as many people as possible. She is truly flattered by your homage to her. You guys Rock!!