Man, when I was a kid, I was weird. I far preferred watching movies to watching sports, and I liked horror movies best. Because horror comics and magazines aimed at kids sold well then, I wasn't seen as a total freak, but I was definitely a geek. I liked The Spectre better than Spiderman or Superman,

Halloween was the holiday where my interest in monsters and the macabre was indulged in by everyone else, and I fit in. I almost always went as a monster of some kind.

So for this Halloween post, I'm sharing photos of kids who like to dress up as something horrible. Specifically, zombies.

Of course, I mean the contemporary definition of zombie: one of the mindless flesh-eating undead. It's a more menacing definition than the "mindless undead slave made by voodoo" zombie that I grew up with! 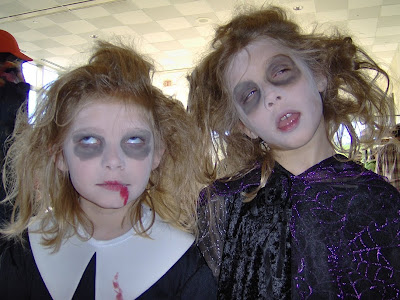 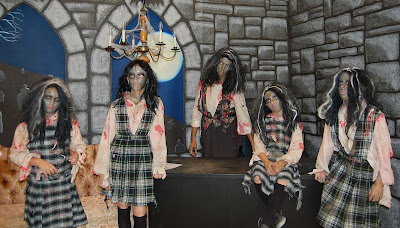 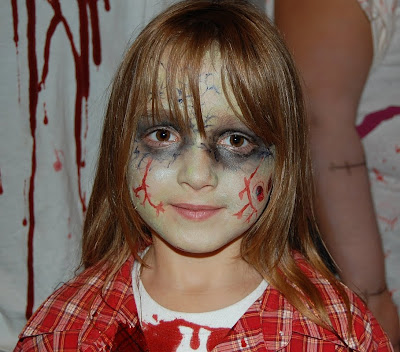 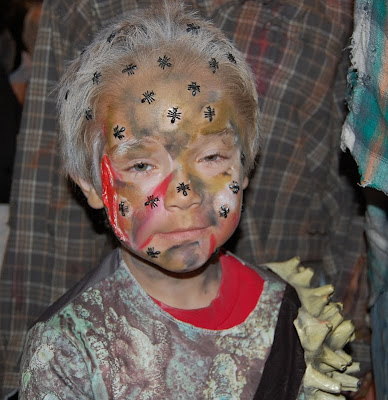 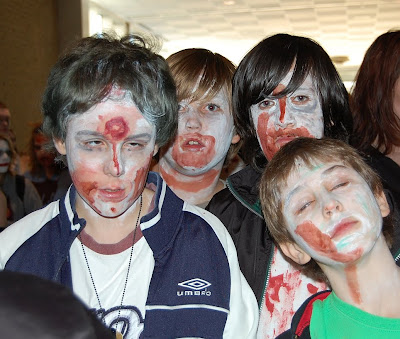 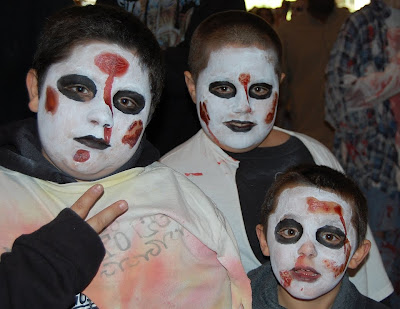 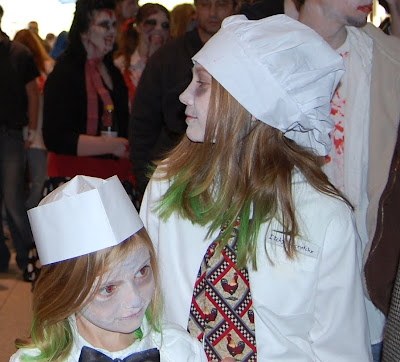 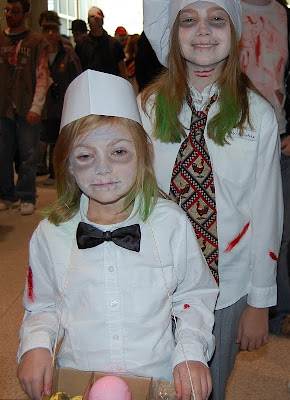 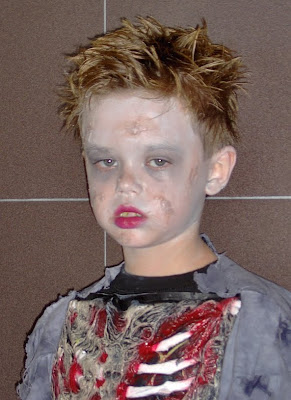 Finally, for the last picture, the photo with the biggest "awwww" factor: 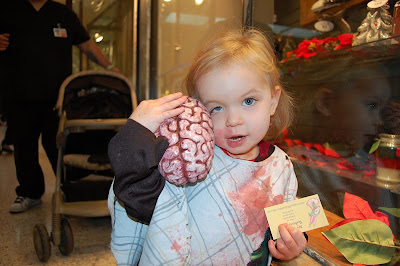 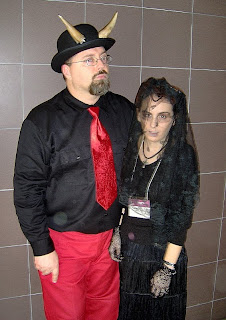 About the pictures and the photographer who took them: These pictures were taken at zombie events (namely Zombie Fest) here in Pittsburgh by an event volunteer, Angela Rocco. When I had a camera stolen at a past Zombie Fest, she contacted me, then generously sent me all the photos she had taken. She had hundreds, all well shot; they were better than mine. (Not surprisingly, it turns out she's a professional photographer.)

Then at Horror Realm this year, I had the de-stinked pleasure of getting to know her and her husband, Doug Appel, a bit better. Both are talented performers (she's an actress, he's a musician) that appear on the horror-hosted program The It's Alive Show. His musical chops impress me, and her comedic skills blow me away--she always makes me laugh on the show as the nosferatu Hellga. Both were very friendly.

When I was poking around for photos of kids in costume for this post, I found all these pictures on a zip drive that had formerly been on a (now dead) computer of mine. Eureka! (I reeka too--all us undead do!) I had some GREAT material! Kids who wanted to be seen as zombies-- that says Halloween to me! (I think the event was in October, if not the 31st.)

So "THANK YOU!" Angela! Remind me to buy you and Doug a drink when next I see you.
Posted by Max the drunken severed head at 1:20:00 AM

Go the kid with the ants...

Freck: [on the phone] I looked them up. They're aphids. They're in my hair, on my skin, in my lungs. And the pain, Barris, it's unreasonable. They're all over the place. Oh, they've completely gotten Millie too. (A Scanner Darkly)

kids can be so... so very creepy! thanks for the mental nightmare...

Cool of her to send you the photos. Think I went as a zombie one year as well.

Hi, Max - thanks for the kind words! True to family form, the very first picture is of my two nieces, Jackie and Emily, now aged 12 and 10. Tolja I read your blog...

Our eldest insisted on being a zombie for Halloween when she was three. She won the scariest costume prize at our Halloween party that year by popular vote...kids can be awfully creepy...

Those are the coolest pictures....warns my heart to see the kids embracing thier inner zombie :)