It was reported this month that scientists have been able to make sperm-producing cells produce insulin. This was done with mice, but eventually might be accomplished with human beings.

I predict a future where treated men will be cruising Craigslist to offer free insulin injections to hot diabetic gals!


In a related note, here's a photo from the newly-released Little Fockers. 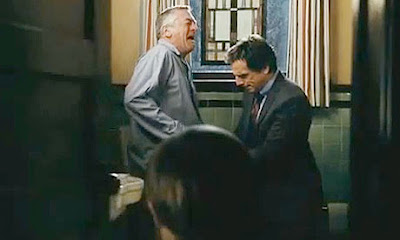 This is posted as a public service, so that you may skip having to see the movie itself. Or, if you think you're tough, you can get the same visual (and more graphically) by going to page seven of this pharmaceutical website. You'll also learn something about how far some men will go to be virile.

Customers of the drug described there who have a sense of humor may want to buy this mousepad: 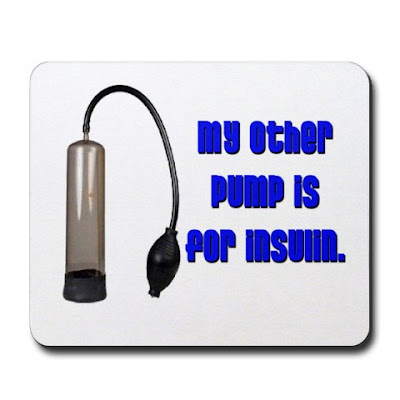 It can be ordered here.
Posted by Max the drunken severed head at 12:34:00 AM

You put the needle WHERE? Eep. One slip and the old hose will have a spray attachment.

There is something about the instruction to hold an alcohol swab on the injection site for five minutes OR until the bleeding stops, that makes me just a little uncomfortable.