Last year, my friend Jim Bertges contacted me about finding a source of actor Vincent Price's recording of the song Monster Mash; he explained that he was creating a display of a monster model rock band, and it would have working speakers that would play Price's cover. I supplied him with same, and some time later he sent this photo (seen exclusively at this blog!): 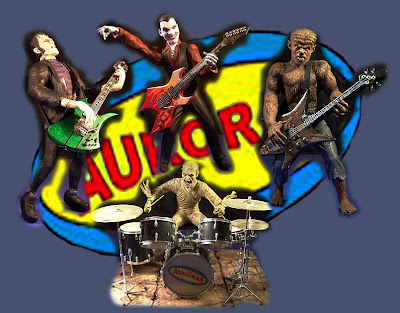 I was amazed by the figures he'd created. So well posed and such great faces! Jim told me that they were patchwork creations he'd made from several sources. The expressive heads came from the Sideshow "Little Big Heads" lines: 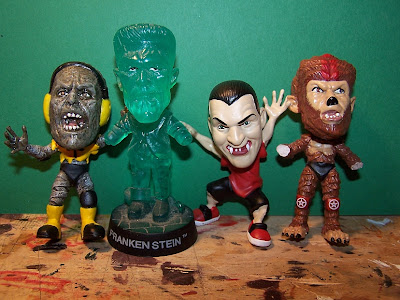 The bodies were partly scratch-built, and partly assembled from model parts from the Monogram "Luminators" line, the Polar Lights reissues of the Aurora models, and in the case of the Mummy, an actual old Aurora model. Jim also sent me these pictures of the figures as they were being put together, painted, and arranged: 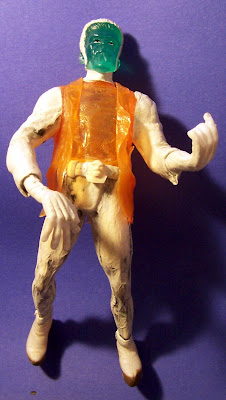 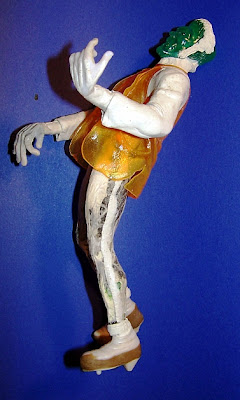 Here, Jim used a photo of The Who's Pete Townsend to guide him as he posed his Dracula doing "the windmill": This mummy below (whose head was greatly modified from the original), looks more animated than Ringo Starr ever did! 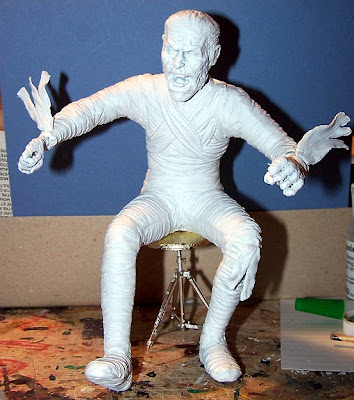 The detail on the hand-made instruments is impressive: 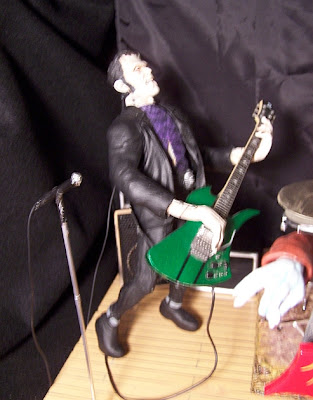 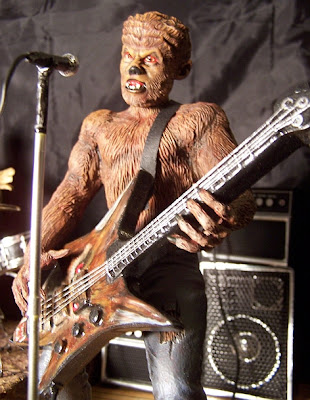 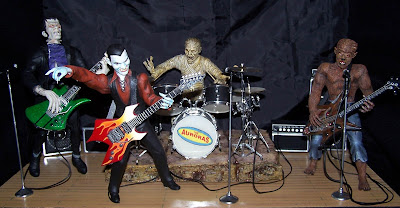 Last, Jim sent me a photo of the band's "album", after he and I kicked around some song titles: 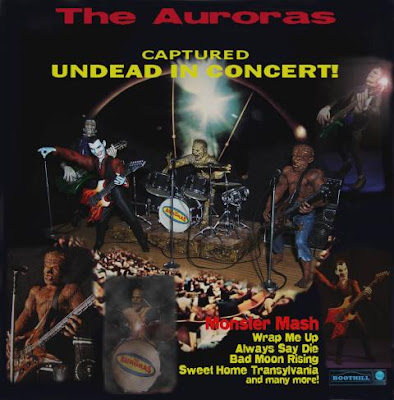 Best of all, even more photos and text on "The Auroras" in the magazine KIT BUILDERS that is now being sent out to subscribers (it's issue #59). Click on the cover photo below to go to their website and purchase this great issue! 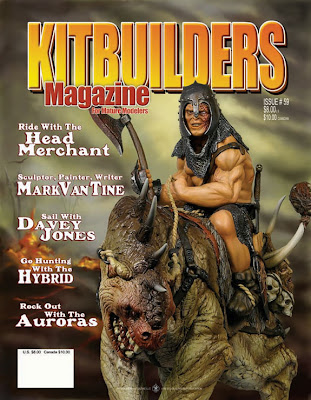 Jim's talent and life has been the subject of a couple of previous entries. To read them, go here, here, and here.

Max, Jim just continues to impress me more and more with his talents. Seems unfair that I don't get to be so talented. Such is life...Rob

That is just awesome! Love it.

Max, you are a great friend to help spread the word about my meager efforts. Thanks. And thanks to your readers who have left such kind comments.

Fabulous! A cool original concept executed so well. It's obvious much love was put into this. Well done.